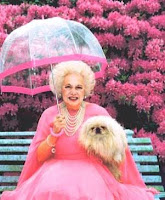 The Sun is now in the lovely watery sign of Cancer, so let's hear what a few well known Cancerians have to say for themselves:
The right diet directs sexual energy into the parts that matter.
Barbara Cartland, author of romantic novels
Sun in Cancer, Moon in Aries

You'll never find peace of mind until you listen to your heart.
George Michael, singer-songwriter
Sun in Cancer, Moon in Leo
Our prime purpose in this life is to help others. And if you can't help them, at least don't hurt them.
Dalai Lama, exiled Tibetan spiritual leader
Sun in Cancer, Moon in Virgo
America is a Nation with a mission - and that mission comes from our most basic beliefs. We have no desire to dominate, no ambitions of empire. Our aim is a democratic peace - a peace founded upon the dignity and rights of every man and woman.
George W. Bush, former American President
Sun in Cancer, Moon in Libra 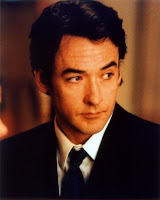 Good actors can sort of see into people and immediately you have a chemistry with them or not. It's like an affair with no mess.
John Cusack, actor
Sun in Cancer, Moon in Scorpio
I don't react to a tragic happening any more. I took so many bad things as a kid and some people think I don't care about anything. It's just too hard for me to get emotional. I can't cry no more.
Mike Tyson, boxer
Sun in Cancer, Moon in Sagittarius
Forget your personal tragedy. We are all bitched from the start and you especially have to be hurt like hell before you can write seriously. But when you get the damned hurt, use it-don't cheat with it.
Ernest Hemingway, author 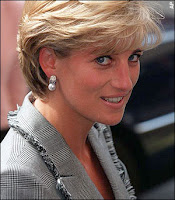