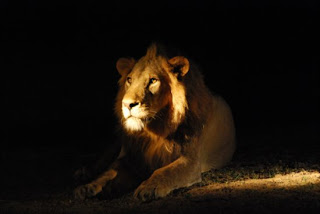 The dark of the Moon comes around approximately every 28 days. This next one is in Leo, the solar ruled sign which prefers the brightness of the Sun to the Lunar darkness.

Yes, Leo likes to bathe in the spotlight. He loves to be adored and adores to be loved, so put him in the dark for too long and you end up with a very grumpy Lion.

Yet, The Offstage Leo, Moll Frothingham’s excellent article for The Mountain Astrologer*, explains how Leos need regular downtime, offstage, to recharge their creative batteries, after which they are ready to step back into the light, to shine once again.

So, perhaps this New Moon’s message to Leo types, and to all of us, is that too much light can be blinding. Amidst constant dazzle, we lack clarity and can lose our way, so we must switch off the lights now and again and take some time to rejuvenate.

The Leo New Moon and the T-Square

The wider backdrop to this, and all the recent lunations, is of course the 2008-2011 T-Square alignment between Pluto in Capricorn, Uranus in Pisces/Aries and Saturn in Virgo/Libra. In July and early August 2010 the T-Square has become more dynamic, with all three planets aligned in Cardinal signs. Jupiter in Aries has also joined in the fun and very recently, Mars and Venus in Libra have fanned the fire as well.

These T-Square times have been marked by an ongoing process of deep change in our personal lives, reflected by changes in the outer, collective world.

Some of the themes that have emerged during these T-Square times have included the upsetting of the status quo; the necessity of letting go of the old and building new structures in our lives and the need to face our fears and insecurities, which goes hand in hand with the need to assess just what safety and security means to us.

These times have also been about adjusting and remaining flexible amidst changeable circumstances and conversely, about breaking down barriers that have been holding us back. Emotionally, many of us have faced difficult times, when we have had to re-learn how to relate to others and how to set healthy emotional boundaries. 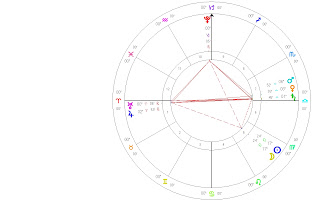 This Leo New Moon makes a series of awkward (semi-square and sesquiquadrate) aspects to the T-Square planets. Tackling the difficult challenges of the last few months might be top of your list of priorities now, but remember that New Moons, representing the dark of the Moon are best for planning and planting the seeds of future actions, rather than for moving full steam ahead. By the time of the First Quarter Moon, around August 16th, the best way forward should become much more apparent, making this a better time to take action.

So, for now, practice being an offstage Leo. Rest, play and preserve your bright and vital energy for a better and shinier day.

*The Offstage Leo article mentioned above was published in the Dec 2009 edition of The Mountain Astrologer. Back issues of the magazine can be ordered here: http://www.mountainastrologer.com/back_issues/bi_2009.html
See also the latest installment of The Happiness Project from astrologer Hiroki Niizato, this one focusing on living from the Center of Your Being, inspired by the Leo New Moon. Also check out Auntie Moon’s New Moon in Leo ~ Please Acknowledge Me, on how we all need a little appreciation now and again and Starcana's creative visualization for the New Moon on her latest Astrological Happenings blog post.
Data
This New Moon occurs with the Sun and Moon at 17 degrees and 24 seconds of Leo