Pluto at the Capricorn 'Aries Point' 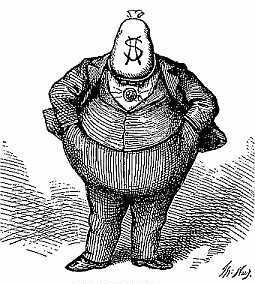 Pluto in Capricorn has stationed direct at 0 degrees Capricorn after being retrograde since April. (Station direct means it is ‘apparently’ motionless in the sky and about to move forwards after a period of ‘apparently’ moving backwards).
Pluto spends five months of every year retrograde, so Pluto retrogrades are not rare events at all. However, this station is important because it is at the Aries Point. The Aries point is the Grand Cross at 0 degrees of the Cardinal signs of Aries, Cancer, Libra and Capricorn.
Any outer planet at the Aries point, but especially at a stationed point (motionless and about to move direct or retrograde) symbolizes huge changes and shifts in consciousness which will be clearly reflected in world events.
Pluto has of course been hovering around the Aries Point since it first moved into Capricorn in January 2008, reminding us that Pluto at the Aries Point is not an event which lasts a few days or even a few months, but part of a series of events spanning a couple of years and whose influence will be felt for a long, long time. Pluto will be moving through Capricorn until 2023 so we have a very long way to go with the Capricorn Pluto themes yet!!!
However, there’s no denying that Pluto in Capricorn has started with a bang! Think of the dramatic world events of the past couple of years: the credit crunch; the end of the property boom; the devaluing of our pensions and investments; the sub prime mortgage fiasco; the bankruptcy and rescue of some of the world’s banks, as well as some of the world’s countries, including Iceland. The world recession! Wow, this is huge!
Of course this isn’t just down to the Aries Point and Pluto in Capricorn, but we would be unwise to underestimate its effect.
In my recent blog on Saturn-Uranus-Pluto I described the Aries Point, but to summarise again here, the Aries Point is a powerful position of revelation where that which is private/personal becomes public/political. Facts that ‘They’ don’t want us to know about are revealed. With Pluto in Capricorn, the ‘They’ are the powerful, authoritative figures, whose destructive actions have until now been cloaked in shadow. They are worst aspects of our world leaders and governments, but mostly, it seems, they are the powerful bankers and industry leaders who have been left unregulated to ‘rule the world’.
Perhaps Pluto in Capricorn is telling us they have had their day. As the first step in this process, Pluto at the Aries Point is uncovering their shenanigans!
In Saturn-Uranus-Pluto I talked about the collapse of Lehman Brothers and about Bernard Madoff, Allen Stanford and Sir Fred Goodwin. I am sure you can think of more ‘Plutocrats’ who are due their cosmic comeuppance.
Just today, BBC news reported the following on the investigation into the collapse of car firm MG Rover: “Bosses running carmaker MG Rover gave themselves "unreasonably large" payouts when the firm collapsed, costing 6,500 jobs, a report has found. Pay and pensions worth £42m was shared by five executives, which inspectors said was "out of all proportion".” Tellingly, the British Government, has said it has no authority to act, because the bosses did nothing illegal. Need I say more!!!
at September 11, 2009