I hope you all enjoyed the energies of the Aries Full Moon on the 4th October. I was in Egypt, getting some sun and taking some time out to do some thinking about my life and my relationship. If I relocate my chart to Sharm El-Sheikh, I have Neptune on my Descendant (the relationship angle), surely making it an ideal place to retreat and escape to, a literal oasis, a mirage in the desert. I really felt that the Moon, hanging low and bright over the Red Sea every evening was speaking to me, or maybe that was just part of the beautiful Neptune illusion. Either way, on one level, the Moon and Neptune felt like the overseers of some sort of gentle healing process. 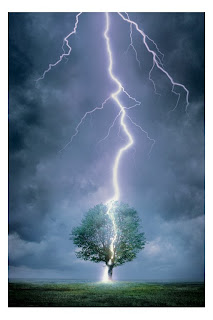 Being out of action for a couple of weeks, I can now see September in more perspective. Wow! What a month it was! Am I the only one who felt as if they were plugged into some sort of high voltage electrical energy circuit? Wired and energized, spinning out of control unless I made a conscious effort to stay grounded? Uranus is the planet of electricity of course and he has been squaring my Jupiter in Gemini in the first house, which is by nature a nervous, edgy Jupiter, uncomfortable in the sign of the twins. Uranus square Jupiter is a hot, exciting transit, but of course Uranus came with Saturn opposing it (therefore also square to my Jupiter) which on the one hand dragged me down rather depressingly, but on the other also helped me to earth all the energies and provided a little voice of caution during the times when all I wanted to do was chuck away everything in my life, including my marriage. I am happy to report that I feel calmer now and have things more in perspective.

Why all this? Well, I honestly don’t know. I can see it all in the skies and in my personal transits and in the transits of those around me, but as for the purpose, that eludes me so far. The process is still unfolding and I am too close for it, it’s too early to tell, especially as Uranus has one more hit on Jupiter early next year, although by then Saturn will have moved on to dip his toe into Libra.

However, to take a guess, my gut feels as if I have received all this extra energy to prepare me for the further challenges to come and challenging times they are going to be. After a difficult couple of years (involving health problems, job loss, financial worries, family and relationship tensions, the whole shebang) two weeks ago my husband found out that he is soon going to lose the job that has been his passion for the last few years. He is angry and disappointed and we are both afraid, but we must carry on and hold things in perspective. I must put my own fears aside and try my best to return the support he gave me when I was in the same position a year ago.
In short, I have experienced a lot of loss and disappointment over the last two years. As yet, I can’t get any sort of grip on what is rising to the take the place of what's been taken away. No surprises that this whole period in my life started with a Neptune Solar Arc to my 8th house Sun. Maybe when Pluto conjoins my Sun (a year long transit starting early next year), I will feel more empowered to act and will be allowed some completion, even some fulfilment.
For now though, I must assume that everything will be OK so long as I have faith. Perhaps that is Jupiter’s message to me now, as he receives his bolts of disruption and excitement from Uranus. Perhaps Jupiter turning direct today in Aquarius, Uranus' own sign, is helping me to feel a little more optimistic. Maybe, in the end, like the light of the Full Moon rippling on the surface of the Red Sea, this is all just part of the beautiful illusion of life. Where my ship is headed I just do not know, so maybe I should let the winds of fate take the strain, at least for a little while. All I know is that the relief crew will be captained by Pluto and he is sure to put me to work, but, as they say, a change is as good as a rest!
Namaste
Mandi 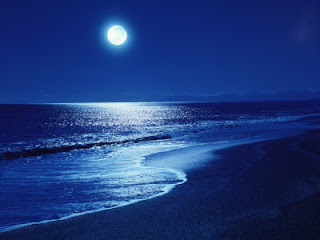