August’s astro-preview is split into two parts. A summary list of all August’s events is included at the end of each post. Click to read Part 1﻿
﻿August 16/17: Sun, Mercury and Venus Collide

Well, not exactly a collision but a conjunction, meaning that the three planets occupy the same section of the night sky, in the constellation of Leo.

These planets coming together in Leo speak about courage, creativity, drama, recognition and pride, as well what we hold dearest in our hearts and in our minds. Coming straight of the back of the Aquarius Full Moon adds to the drama and intensity of this triple conjunction and Mercury retrograde urges us to review our ideals.

Are we idealistically clinging on to old, worn out mindsets? When we relate to others are we truly sharing, giving of ourselves, or are we only thinking of what we can get out of the partnership? Are we channeling our creative energies in the right direction? Where in our lives do we truly need to be courageous now? Do we unrealistically expect our relationships to be perfect?

Giving some thought to these questions now, could help us when sensitive, self-protective Mars in Cancer squares up to stern, relationship focused Saturn in Libra on the 25th. This is a less comfortable alignment, which could easily put us on the defensive when it comes to issues around our closest relationships and our family ties. On the plus side, this square can help blast away any confusion and unworkable idealism, giving us patience and discipline to work through our issues.

After Venus in Leo comes a much quieter energy. With Venus in Virgo, the affection is in the details, not in the grand gestures. You and your loved ones will now be able to take a step back from the drama of the last few weeks. Forget hearts and roses and consider the small things you do for each other that really show that you care. The husband who cooks dinner and clears up when you’re feeling tired, the friend who always calls when she says she will and the workmate who knows you’re having a bad day, but instead of making a big deal of it, simply brings you a coffee and a sympathetic smile.

Venus is in Virgo until September 15.

Just a couple of days after Venus moves into Virgo, the Sun follows suit. Here’s something I wrote a couple of years ago about Virgo, A Celebration of Virgo: 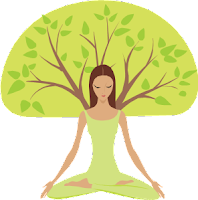 Quiet, hardworking, critical, modest, exacting, discriminating, dissecting, modest, humble, lacking in confidence are some of the common words and phrases used to describe Virgo. Not very exciting is it? Why not? Perhaps it’s because it comes right after Leo in the Zodiac. Any sign would seem humble after Leo, would it not?

Imagine a scene in the playground, two young lads practicing their goal scoring skills:
Little Bobby Leo, as he kicks the ball straight through the goal posts: Yes!!!! I’m ace!!!! The best!!!! I’m gonna be the next Beckham or Ronaldo!!!!
Little Jimmy Virgo, carefully lining up his ball for his shot: Quiet Bobby, I’m trying to concentrate. He shoots, the ball goes in. Hey, I’m getting good at this, a bit more practice and I might make the school team.

Humble? Not really. Realistic, hardworking, practical, yes! You see, Virgo is an Earth sign. Earth signs say it like it is, they say I am what I am, and just like their other Earth cousins, Taurus and Capricorn and they just get on with it, without any of that Leo hubris or drama.

Perhaps part of the reason for Virgo’s bad press is that it rules the 6th house of the zodiac. The 6th house, traditionally, is malefic (‘bad’). It is the house of service, toil, chores, servants, subordinates, of small and humble things. It is also the house of illness and infirmity. Doesn’t sound like much fun does it?

Of all the concepts from the above list, I think the only one that Virgo should own and embrace is service. Service does not have to mean subordination. After all, when you strip away the power and the ego, what are our politicians and spiritual leaders if they are not servants? Of course, we have to hope that they are servants to a higher cause, for the greater good, but seen this way, there is nothing humble about it. It is a huge responsibility, a responsibility worthy of any Virgo.

However, Virgo, like the other Mutable signs (Gemini, Sagittarius and Pisces) must beware of spreading themselves too thin, scattering their energies and splintering off in too many directions.

On the world stage, it's finally time for the Pluto in Virgo* generation (Barack Obama and UK PM in waiting, David Cameron – note: David Cameron is now the UK PM) to take the reins from the Pluto in Leo* bunch (George W Bush, Bill Clinton, Tony Blair, Gordon Brown) and clean up the messes they have made, ready for future, fair and just, Pluto in Libra* leaders.

So for now, if you have Sun in Virgo (or otherwise have strong Virgo in your horoscope) you're in very good company. Stand up, borrow a little bit of that Leo pride, courage and confidence and get busy. You are wonderful and the world needs you!

Sun in Virgo until September 23.

Mercury turns around at 19 degrees of Leo. Did you use the Mercury Retrograde period wisely? Even though it’s out of Retrograde it will still be in the shadow of its retrograde - going forward through the zodiac degrees it previously went backwards through - until September 10, so some of Mercury Retrograde’s themes and issues could drag on until then.

Mercury turned Retrograde in Virgo on August 2/3. It re-entered Leo on August 7/8. It turns direct on August 26 and re-enters Virgo on September 8/9 where it stays until September 25.

A Virgo New Moon is a good time to consider what and whom we serve. Is it, or they, worthy of our time and our energy? Is what we do for others healthy for everyone or is it a one-sided arrangement? Are we respecting the boundaries of those who serve us? This New Moon, at five degrees of Virgo, makes a Grand Trine with Jupiter in Taurus and Pluto in Capricorn, making this a fortuitous lunation for dealing with practical matters, reviewing routines and kicking any unhealthy habits.

Mostly, a New Moon is a planning time, not an action time, but the thinking you do and the decision you make now will prepare you for the action that needs to be taken around the time of the First Quarter Moon on September 4/5 and the dynamic Full Moon in Aries on September 12th

Click for details of all of August’s Moon phases

Jupiter, the planet of growth and reward, has been in earthy, sensual, materialistic Taurus since early June and now turns Retrograde, signaling a time to review what we have learnt and discovered over the last couple of months.

Usually, Jupiter is about outward growth, where we seek to be rewarded out in the wide world. When retrograde though, Jupiter rewards inner growth and encourages us to contemplate and review our personal philosophy, beliefs and ethics. In Taurus, we are invited to consider our relationship to the physical world, nature and sensuality. We are asked to look deeply into our attitude to wealth, money and luxury. Is our need for comfort and sensation making us wasteful and over-materialistic? Is our over-consumption showing on our bodies? Would a simpler existence be healthier for ourselves and our environment? How will it help us spiritually to look for a new perspective on what we think we need and want out of life?

Jupiter entered Taurus in June 4, 2011. It turns retrograde at 10 degrees of Taurus on August 30. It turns direct on December 26 at one degree of Taurus and remains in Taurus until June 2012.