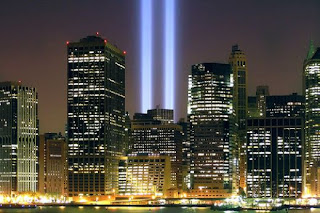 While many individual lives will be reflecting the themes of Saturn Square Pluto, described in Saturn-Pluto Part 1, astrologers believe that aspects such as this, between the outer planets, also reflect world events. This branch of astrology, which studies countries, world leaders and economic cycles, is known as World or Mundane Astrology.

In Mundane Astrology the way planetary movements are reflected in world events is tracked by studying the bigger cycles of the outer planets, the current Saturn-Pluto Square being just one aspect in a Saturn-Pluto cycle which began with a Conjunction aspect in the early 1980’s. From the Conjunction, Saturn and Pluto have gone on to make every conceivable aspect together along the way. However, I will only look at the Conjunction, Squares and Oppositions of the cycle, firstly to keep things simple and secondly because these aspects mirror the lunar cycle, providing a useful reference point for interpretation.

Richard Tarnas, in Cosmos and Psyche, summarises Saturn-Pluto as follows:

“…[the Conjunction, Square and Opposition] alignments of the Saturn-Pluto cycle coincide with especially challenging historical periods marked by a pervasive quality of intense contraction: eras of international crisis and conflict, empowerment of reactionary forces and totalitarian impulses, organised violence and oppression, all sometimes marked by lasting traumatic effects. An atmosphere of gravity and tension…a widespread sense of epochal closure: “the end of an era”, “the end of innocence”, the destruction of an earlier mode of life that in retrospect may seem to have been marked by widespread indulgence, naiveté, denial, and inflation. Profound transformation was a dominant theme…through contraction, conservative reaction, crisis and termination.” Pg.210.

Tarnas goes on to discuss in great depth how these themes have played out throughout history, for example linking the Saturn-Pluto cycle to World War 1 and World War 2.

The Conjunction of the current Saturn-Pluto cycle took place between 1982 and 1983, with a wider period of influence spanning 1980 through 1984. This Conjunction marked the end of the previous cycle and the beginning of the new one and like a New Moon, was a seeding time, when the themes that would come to define the current cycle began to emerge. What was planted during this time determined what would blossom and bear fruit later in the cycle.

By the early 80’s the Cold War had escalated and when the Soviets went to war in Afghanistan, the Islamic side was covertly supported by the US, a move which of course contributed to the eventual ascendancy of the Taliban. At the same time, the West was supporting Saddam Hussein in the Iraq-Iran war and we were also seeing a rise in state-sponsored terrorism in many parts of the world.

This was also the time of the global arms race amidst widespread fear of nuclear apocalypse (membership of CND peaked in 1984) and was the era of Thatcherism and Reaganism. Economically, it was a time when the idea of deregulation, the limitation of government control over market forces, really took hold, leading to the ‘me first’, ‘greed is good’ culture and the rise of the Yuppies, with their stratospheric salaries and bonuses. This period also marked the start of the privatisation of state-run firms in the UK.

The First Square of the current Saturn-Pluto cycle occurred in 1993/4, with a period of influence spanning 1992 through 1995. Like a First Quarter Moon, this Square represented a time when the seeds that were sown at the Conjunction had now grown into young plants, but were yet to flower. This was the time of the early warning call, the first crisis. Any bad seeds planted at the start of the cycle, should be weeded out at this point in the cycle.

This was the time that the Taliban came into power in Afghanistan and also the time of Osama bin Laden’s first jihad against America and the first attack on the World Trade Center.

Politically, these were the years of the Clinton administration, but with a notable move towards political conservatism, with the Republicans taking control of Congress. In the UK, while the Conservatives were still in government, we saw the beginnings of “New Labour” with Tony Blair taking over the leadership of the Labour Party in ’94, moving the Party towards the political ‘Centre’ and distancing it from Labour’s radical socialist roots. Eventually, New Labour dropped their resistance to many of the economic policies implemented under the Conservatives, a move which proved to be a vote winner.

The early ‘90s also saw a huge increase in national debt and GDP in the US, as well as the massive growth of the stock market, a direct result of deregulation. A dramatic increase in income inequality also became evident. For the UK, it was also a time of similar growth, but with a notable crisis point, Black Wednesday in 1992, when a disastrous run on the British Pound called into question the credibility of the economic policies of the incumbent Conservative government.

The Opposition occurred in 2001-2002, its influence spanning 2000-2004. Like a Full Moon, the Opposition represents a time when what we planted at the start of the cycle comes into full flower. With full awareness of what we have created, we are compelled to react and respond.

International terrorism blossomed into what we know it as today, marked most clearly by the 2001 attacks on the World Trade Center and the Pentagon and the phenomenon of the suicide bomber. The response of the West was the war on terror, including the invasion of Afghanistan in an attempt to capture Osama bin Laden, destroy al-Qaeda and remove the Taliban regime, a regime it had helped into power during the war with the Soviets. In 2003, a US led coalition invaded Iraq under the premise of fighting terrorism and unearthing weapons of mass destruction. This would eventually lead to the demise of Saddam Hussein, a figure previously supported by the West at the beginning of this Saturn-Pluto cycle.

Before the Opposition began, we were in a period of low inflation, high output and low unemployment, a situation directly resulting from the economic conditions of the early ‘80s. Government had assured us that the boom-bust cycles of the past were over for good. The stock market soared, but it became increasingly obvious that the dot-com bubble had to burst eventually and when it did, in 2000, it triggered a dramatic fall in share prices, forcing many companies out of business. The terrorist attacks of 2001 only added to uncertainty over the economy, with many predicting the worldwide recession we are seeing today.

The Last Square of the current Saturn-Pluto cycle is occurring now, exacting in 2009/10 with a wider period of influence spanning 2008 through 2011. Like a Last Quarter Moon, the plant has borne fruit and we must now clean up the mess and then begin to prepare the new seeds for future planting. With the Last Square, comes another crisis point. The party is over and we realise that the way things have been done in the past will not work in the future, so we must prepare new structures to carry us forward into the next cycle.

Politically, Bush is out and Barack Obama is in. Labour is still in government in the UK, but doing very badly in the polls and is predicted to lose power at the next general election. In Europe as a whole we are seeing a move towards the political right.

The war against terror rumbles on, most notably in the ongoing conflict in Afghanistan. The Taliban were removed from power during the first invasion, but they are still fighting back. Meanwhile the number of lives lost in the conflict continues to rise and calls for closure continue to grow steadily louder. In the US, the 9/11 suspects have been held for years in Guantanomo Bay without trial. However, just a few days before the current Saturn-Pluto Square first exacts, Obama has announced that they will soon finally stand trial. [Update: in late November '09 the Inquiry into the 2003 Iraq War began in the UK. The Inquiry is set to last at least until the end of this current Saturn-Pluto Square.]
This part of the cycle also sees us in the midst of a worldwide financial crisis. Those that have been able to benefit from the deregulated economy have become rich, but the majority of people are poorer in real terms. The credit crunch has revealed what we were beginning to suspect, that many individuals and companies and indeed the banks themselves, have been living on credit and now the credit has run out. What we are witnessing is full on recession, the dying embers of the current economic model. UK and US governments now own large stakes in some of the top banks, but despite the unprecedented bail-outs, many small to medium size businesses are finding it nearly impossible to get credit and going out of business, thus forcing unemployment to rise dramatically.
New structures are being prepared as governments try to set reforms in motion, including reform of the healthcare system in the US (the cost of healthcare being the single most common factor in personal bankruptcy), reform of the expenses system for politicians in the UK and calls for government intervention to curb the excesses of the bonus culture of the banks and other financial institutions. Much more needs to be done.
The next Saturn-Cycle starts with a Conjunction in 2019-2020, but we should start to see its themes emerging from around 2018. Until then, we must take what we have learned and remould our world into a fairer, safer, saner, more sustainable place. The seeds that are falling from the fruit right now need to be carefully sifted and stored to ensure that only the best seeds are planted at the start of the next cycle. This is not just the responsibility of leaders and governments, it is the responsibility of every last one of us.