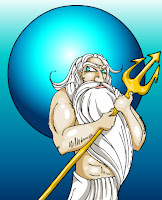 February is upon us and with it has come some pretty chilly weather across parts of Europe. But what about the astrological weather this month?

Neptune dipped its trident into Pisces back in April last year, before re-entering Aquarius in August. Now it settles in Pisces until 2026.

Neptune is the planet of illusion, dissolution, the dissolving of barriers and boundaries, meltdowns, glamour, scandals and collective emotional undercurrents. Pisces is the sign of compassion, imagination, spirituality, merging, yielding and the victim-saviour-martyr complex. Put them together and the possibilities are endless, indefinable, unfathomable.

See A Neptune in Pisces Miscellanea for more themes associated with Neptune in Pisces, based on its last stay there. It looks at fashion, compassion, watery technology and how we all need to be more sensitive to the feelings of others…

When Saturn turns retrograde in Libra on February 7th, take some time to consider how you came to be where you are right now. This could be an important step in the process of negotiating a way forward, even if it means taking a temporary step back.

To find out more about why this Saturn retrograde is an important one and how to do you your own personal Saturn review, see An Urgent Post about Saturn in Libra

See also Saturn in Libra through the Houses to find out which areas of life Saturn is prompting you to review. 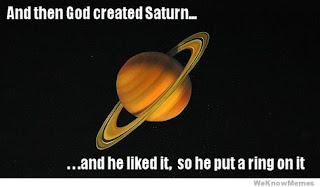 February 7th also brings a Full Moon in Leo. New facts come to light under a Full Moon and emotions come to a head. We feel more sociable and keener to put ourselves under the spotlight.

Full Moons ask us to consider the issues of the opposing signs the Sun and Moon fall in. Together, Leo and Aquarius symbolize the need to balance the individual need for personal gain and acclaim with the need to help, support and be equal to everyone else. Aquarius shouldn’t deny Leo’s right to be king, but needs to insist that the king serves with integrity and honesty. Teamwork and delegation of authority is everything to Aquarius. Selfish greed is not acceptable. Aquarius teaches that it is through serving the group, the community, the team, our friends, that we gain the honour and significance that is so crucial to Leo. Conversely, Leo teaches Aquarius that sometimes you have to take the lead if the cause is important enough. Somebody has to stand up for the masses, rebel against the status quo and shake the system up if there is to be any chance of a lasting change for the better. An important message for our current times, I feel.

Later in February – on the 19th - the Sun moves into Pisces, immediately joining up with Neptune for what promises to be an emotionally sensitive few days, especially as this segues with the Pisces New Moon – the dark of the Moon – on February 21st.

By the time the New Moon comes around, we’ll feel the need for a bit of R&R and TLC. Slow down, sleep, dream, listen to your intuition, send out healing thoughts, sing, dance, create something beautiful. Go with the flow. The time to act on plans will be after this New Moon, but bear in mind that both Saturn and Mars are retrograde so it might take a little longer to put your plan into action or to see the results of your efforts.

For more insights into Pisces see: Pisces Quotes: Woundrous Words of Feelings and Pisceans In Their Own Words
For dates and details of all the Moon’s phases this month, see The Moon Pages at Astroair Astrology.

Enjoy February, which this year – being a Leap Year – gives us an extra bonus day!