Astrology of a Lottery Win 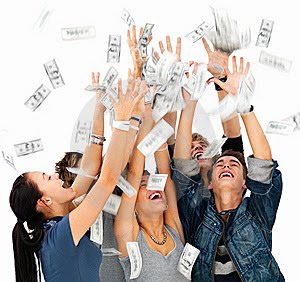 I’ve been joking recently about winning the lottery.

With Transiting Pluto (transformation/power) Conjunct my Sun (self) in the 8th House (other people’s money) could it happen? Well, the Sun rules my 5th house (gambling, speculation), so maybe! Add to the fact that lucky Sagittarius is the sign on the 8th house cusp and maybe there’s more of a case? However, the ruler of the 8th, Jupiter, is not in such great shape being in Detriment in Gemini, even though it’s on the cusp of the 2nd house (assets/possessions) and disposited by Mercury, the ruler of the 2nd.

Sadly, my astrology buddies think this is mostly wishful thinking on my part. Well, I can prove them all wrong, because last week I did indeed win the lottery. Steady on though before you all get in touch with your requests for monetary support, I only won £10! Still, that’s better than a kick in the teeth don’t you think?

I don’t have much of a history for winning things, especially not by luck. Any wins (such as when one of my short stories won a prize) have tended to come about via the 1% inspiration, 99% perspiration route and even then I tend to come in only second or third.

I thought it might be very interesting, therefore, to see what triggered my recent (modest) lottery windfall.

Well, well, well, if the Moon in Cancer wasn’t opposing my Sun in Capricorn at the time that I got the email letting me know about my prize! It is often the case that long transits (such as transiting Pluto Conjunct my Sun) are triggered by faster moving planets or even the Secondary or Tertiary Progressed Moon. In this case it was transiting Moon, moving through my 2nd house, that seemed to act as the trigger for this win.

Because Jupiter rules my 8th house and because Jupiter is the planet of luck/abundance, could he be involved as well? Well there are a few Jupiter contacts, but a little tenuous. Tr. Jupiter Sq. Neptune? Tr. Jupiter exactly Trine Secondary Progressed Jupiter? Hmm, I’m not sure about that.

But what about Venus (often associated with money, or at least with how we spend it)? Well Venus in Sagittarius was exact on my Nodal Axis and very close to my ASC-DC axis. Transiting planets on the angles of a birth or event chart are also often the trigger for events.

How does this compare with other wins I’ve had? Well there haven’t been many to be honest and I’m darned if I could remember the dates. However, in June 2008 we had a sweepstake at work on the European Soccer Championships and I drew Spain. I drew up a horary chart to ask whether Spain would win. The chart didn’t look too bad, but as I’m not a horary expert I couldn’t really call it. However, I decided to put my money where my mouth was and also place a bet on Spain to win with a real bookie! Spain won and I swept up, winning nearly £150 in total!

What did my chart look like? I can’t remember the time and date of the bets, but the Final was on 29th June, so I drew up the chart for that. Transiting Pluto was 4 degrees off my Sun and transiting Sun had just passed my natal Sun four days before. So if you use big orbs, it does still kind of follow my first theory! However, in this chart, Neptune seems to be quite important. Transiting Moon was exactly opposite my Neptune perhaps triggering the Square that Transiting Neptune, Chiron and Node were all making to Natal Neptune. In my chart, Neptune is in the Scorpio in the 6th, ruling the 11th. Neptune is the only planetary contact my lonely Sun makes – a semi-square, so it’s quite important, I guess. Hmmm, now I’m really confused (Neptune – confused – geddit?)!

This is not an area of astrology I have studied much to be honest, as you can probably tell, so would be interested to hear from anybody who has and perhaps down the line I’ll look at the charts of some real lottery winners to see what was going on for them when they struck lucky.

I’ll write a smug blog from my tropical island if I do scoop the jackpot, but in the meantime I wish you all lots of love, luck and happiness.

Postscript: This reminds me of the joke about the man who prayed to God to win the lottery, but never won. Finally, God said to him, “meet me halfway son, buy a blinking ticket!”. We should remember this when we are looking at our transits – working positively with the energies of the planets, symbolically speaking, opens us up to the space where opportunity becomes possible. If we ‘stay at home’ and do nothing, opportunity will have a harder time finding us.
at December 07, 2009