I always have great fun recording the Academy of Astrology UK weekly podcast, hosted by the wonderful Rod Chang. It's never scripted, we simply pick our topic in advance and then run with it.

This week, Rod, Marcos and myself discussed the 'awkward' and 'frustrating' Quincunx aspect and the traditional concept of aversion, plus an appreciation of Venus in Libra.
And if you enjoy our musings, please subscribe.
https://youtu.be/gYDFrRtqXFM
at August 16, 2021 No comments:

How did we get here from there? The Jupiter Saturn Cycle

Mandi Lockley is discussing the relationship between the Jupiter-Saturn cycle, the rise of globalism and extraordinary breakthroughs in human development and I ask How Did We Get Here From There?
It's a timely topic, as we started a new 20 year cycle at the end of last year during a period of turmoil and change. This new cycle also heralds over 200 years of Jupiter-Saturn Conjunctions in the Air signs.
The written word, the Enlightenment, industrial revolution, tech revolution, climate change and global pandemic, are all examined through the lens of the Saturn-Jupiter mutation cycle.
Join us on Saturday 31st July, 5pm UK time (convert to your local time here)
Suitable for all levels
http://www.academyofastrology.co.uk/how-did-we-get-here.../ 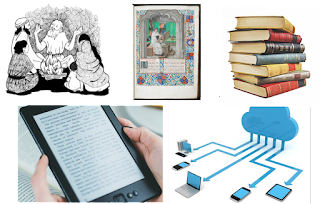 Hi there, don't worry, I'm not suggesting a link between Venus in Virgo and Globalism, it's two separate topics in the latest Academy of Astrology Podcast.

Then, I give a taster of my upcoming talk on Jupiter and Saturn and the Rise of Globalism. I am so excited for this talk, it was such fun to put together and full of fascinating insights and connections.

Suitable for all levels of astrology knowledge and recordings available if you can't participate live.

Here is the link, with more information and booking details.

How Did We Get Here from There? The Jupiter Saturn Cycle & the Rise of Globalism

I'm very excited for my upcoming talk for the Academy of Astrology UK on 31st July. Here are the details:

How Did We Get Here from There? The Jupiter Saturn Cycle & the Rise of Globalism 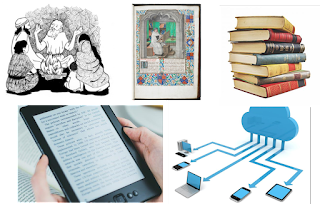 The Conjunctions of the Jupiter and Saturn cycle, as they move through the four elements, are a reliable witness to how ideas and potentials become reality and the backdrop for humanity's most important developments.

Our journey begins thousands of years ago in ancient Sumer, when the seeds of our modern global connectedness were sown. Tracking the Jupiter Saturn Conjunctions through the elements, we will seek to answer the question: how did we get here from there?

Along the way, we’ll look at how history has been transformed by developments in how we communicate and spread information. We’ll also consider how the speed of global change has dramatically increased over the last 40 years as the Conjunctions transitioned from the Earth signs to the Air signs. And we look at how the 2020 Aquarius Conjunction found the world battling an airborne virus and wondering: what is the new normal?

It's part of the Academy of Astrology's Mundane Series of Lectures and it's a fabulous opportunity to hear some of the world's top astrologers discuss world astrology, the big outer planet cycles and much, much more...

While we're here... here's the AOAUK's latest podcast where we have a very lively conversation, with loads of examples, about the current Venus-Mars Conjunction, triggering the ongoing Saturn-Uranus Square ... enjoy!

Sue Tompkin's talk at 5pm UK today kicks off the Academy's mundane lecture in style and there are a few places left if you're quick: https://www.academyofastrology.co.uk/mundane-astrology-a.../

While you're there, you can check out all the upcoming lectures, including my own on Jupiter, Saturn and the Great Re-Set: https://www.academyofastrology.co.uk/mundane-astrology-series/

Lots of new and up to date content on our YouTube channel to catch up on, including:
Here's Rod, Marcos and I discussing the mysterious Moon's Nodes:
Last night's Podcast on Venus in Leo and Jupiter Retrgrade:
And finally, Rod Chang and myself interviewed Sue (who is our former teacher and one of the very best) earlier this week ahead of her talk this afternoon (Sat 26th June):
at June 26, 2021 No comments:

In case you missed the live stream, this week's Academy of Astrology Podcast is now on YouTube.

Rod, Sue, Marcos and me discuss the Sun in Gemini, Mercury Square Neptune and share our tips for the upcoming Mercury Retrograde.

You can also catch up with previous editions on our channel: Academy of Astrology (the discussion on Jupiter in Pisces is not to be missed).

And while you're here, we're now taking bookings for the Academy of Astrology's lecture series on Mundane Astrology. Top names including Sue Tompkins, Lynn Bell, Darby Costello and Dr Bernadette Brady and many more, share their knowledge and insight on how astrology is reflected in world events.

I'll be talking about the Jupiter - Saturn cycle on Saturday 31st July. I'll be examining the big elemental cycles of these two most important planets in world astrology and how they have influenced our culture, our climate and how we work and connect.