I'm excited to share the Academy of Astrology's new Podcast...

We discuss Mundane Astrology, take a peek at the chart for the late Prince Philip, Duke of Edinburgh and share a few thoughts about Uranus in Taurus...

Subscribe to our channel to watch the Podcasts live and ask questions, or to watch the recording available immediately afterwards: Academy of Astrology YouTube Channel

We'll also soon be announcing the Academy of Astrology's Mundane Lecture Series - featuring fascinating ideas and topics from some of the best and most popular astrologers, as well as some exciting up and coming voices.

In Part 1, we defined empathy and saw how, when we are in defensive mode, empathy is not always possible. Concluding that empathy itself can’t be seen in the birth chart, we discussed, with an illuminating case study, how our chart aspects suggest where our empathy-blocking defences can kick in. In Part 2, more signifiers for defence mechanisms in the birth chart…

Saturn aspects suggest defence mechanisms because Saturn tests, blocks and controls. It represents where we have fears and doubts and lack confidence. All of these are fuel for our defences.

With Venus-Saturn, for example, there might be defences against getting hurt in relationships, manifesting in a fear of letting others get too close. The Venus-Saturn person therefore might un-empathetically hurt and reject someone else before it can be done to them. (See Part 1 for a case study example of how a generational Mercury Square Saturn played out).

Lack of empathy can also come through some of the aspects we might think of as easier. Jupiter types, for example, who are confident, upbeat and optimistic, can sometimes lack tolerance and empathy for those who are struggling with low self-esteem or who, for whatever reason, lack the faith, courage and self-belief to pursue their dreams and ambitions.

Aspect patterns are also a good place to look for defences, especially T-Squares, which so often describe the nitty gritty issues in a person’s life. Grand Trines are also associated with defence mechanisms, because they represent where we hesitate to step out of our comfort zone.

If we think about the zodiac signs, Aries types might lack empathy for those who aren’t fast-paced go-getters; Taurus or Libra might disapprove of Aries' need to be numero uno and label them as aggressive or selfish, not understanding the Aries mission to go through life as a warrior. A Gemini type might be unfairly labelled as someone who can’t commit to one thing, with others not getting that Gemini is here to experience variety and needs to keep their options open. And so on, through the signs… 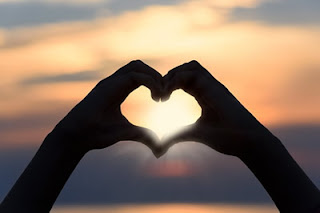 Back to those sensitive Water signs mentioned in Part 1 and why they might not always necessarily be empathetic. It’s because that emotional sensitivity, if it gets too much, can be defended against to protect the Water person from pain and suffering. I recently watched a Netflix show about teen fairies learning to harness their powers. One of them was an empath, who wore headphones constantly to protect herself from becoming overwhelmed by the feelings of others. Sensitive humans can also feel overwhelmed by their empathy at times and that’s when their psychological defences can kick in, which while offering protection, but can also block empathy.

The Cancerian retreating into their shell is a well known astrological symbolism. Cancerians need to feel safe and at home. They are drawn to people who help them to feel comfortable and once they find them, they seek to keep them close. Whether it’s their blood family or the ‘family’ they choose, Cancerians need to feel cushioned by their relationships. However, this can lead to clannish cliques and those who don’t make it into Cancer’s close circle might feel rejected. This is where a defence might make someone else feel the hurt that the defended person is trying to protect themselves from. The hurt doesn’t go away, it’s just passed on.

Scorpio of course has its famous defensive sting. Using that sting to point out others’ flaws, often with merciless honesty, is Scorpio’s way of protecting themselves from such searing scrutiny. Last of all, we have compassionate, empathetic Pisces; but feeling everyone’s emotions as if they are their own can make porous, sensitive Pisces retreat into victim mode. When Pisces feels that nobody’s problems are as bad as theirs, it’s hard for them to feel empathy. Conversely, Pisces, with a genuine desire to stop someone’s suffering, might go into full rescue mode, but if this is done with pity rather than real empathy, the support they offer can feel dis-empowering.

These examples show that while you can’t judge levels of natural empathy from a chart, you can see areas where empathy might potentially be blocked. Astrology can help with self-understanding and the recognition of where we fall into our defences. We all need defences of course, they are very useful, but by becoming more aware of them we can potentially see where they have become unhelpful and where we might be unwittingly hurting others or not recognising when they might need support and compassion and empathy.

Click here for Part 1 - Empathy in the Birth Chart?

Wondering about life post-pandemic?  A consultation can help you clarify what it might look like and better understand your opportunities, stumbling blocks and options.  Details here: Consultations and Other Services