Here’s part two of September’s astrological action…. (click here for part one)
September 23: Sun Enters Libra
As the Sun moves into Libra, let’s take a moment to ponder the deeper meaning of the sign of the scales.
At the heart of Libra lies a deep need for companionship and affection. A Libran soul will suffer greatly when this is denied. The scales of Libra symbolize the constant adjustments and compromises a Libran soul feels compelled to make in order to fulfill its needs.

A naive Libra soul will swing between extremes before it finds its place of equilibrium and balance. On the one hand, Libra will selfishly pursue approval and appreciation through relationship at all costs and on the other side, the Libra soul will carelessly give itself away in order to please and placate others in the hope of being loved. 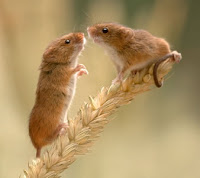