After Your Transit (& Some Good News) 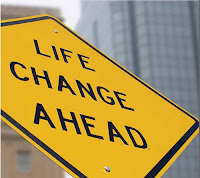 So, you survived your big transit. Saturn, Uranus, Neptune and/or Pluto has finished its conjunction, square or opposition to your natal planet.


A big sigh of relief all round.
If you follow your transits, you were probably anticipating it long before it came and as it inched ever closer to its target, you watched carefully for signs of its influence. Perhaps your transit reflected major life changes, challenges, losses or new opportunities? Maybe years of hard work started to pay off or conversely, you had to face the consequences of unwise decisions made in the past? Possibly, the shift was more internal as you chose to (or were forced to) confront deep-rooted psychological baggage, heal old wounds, grieve, move on, let go.


Now what?
If your transit brought any kind of loss, shock, major change or disruption, chances are, now it’s over, you’re seeking to replace those losses and reverse the changes, to try to return things to how they were. It’s human nature.

Here are a couple of scenarios.

A relationship breaks up under a Uranus transit. After a while, you’re ready for romance again. You’re attracted to your new partner because he’s just your type. Consciously or unconsciously, something about him reminds you of your old flame. Your new partner pays you constant attention, says you belong together forever and shows you off to his friends. This is all so so flattering and is just how your former relationship started. The nice part, before the possessiveness and the jealousy kicked in. Your new beau doesn’t seem to approve of your best friend and you start to see less of her because he’s taking up all your time. At parties, you chat and flirt your way around the room because that’s the way you are, but your partner doesn’t like it.


The old pattern could be recurring, but this is your opportunity to put the lessons of that Uranus transit to good use.
Do you (1) run a mile, but feel miserable alone and then either repeat the pattern down the line with someone else, or stay lonely; (2) leave the relationship, but work on your own issues, through therapy, self help, through your chosen spiritual practice, or simply by giving yourself proper time to reflect and heal; (3) stay in the relationship, but confront the issues early on and do your best to set healthy boundaries, remaining prepared to move on if it doesn’t work; or (4) stay in the relationship, do nothing and hope for the best?


There’s no right or wrong answer, this is not a quiz, nor is it an advice column. Options (1) and (4) seem to be the least likely to lead to growth and learning. But then, none of the options are without risk and all of them, except (4) involve change.
Scenario two.


You lost your job under a Saturn transit, so you look for a new one. You would love to do something completely different, but you also have to think about the practical issues and the bills that need to be paid, especially in these straightened times. Conscious that you might be missing an opportunity to fulfil a dream, you give yourself the best odds by going for roles similar to your last one. The dream might be on hold, but using the ‘be realistic and patient’ lesson of your Saturn transit, you realise that there are things you can do to make things better in your next job.
For example, you think carefully about what you liked and disliked in previous roles; you target companies which better reflect your personal values; in interviews, you don’t just ask about what the job itself entails, you ask also about the company culture, the atmosphere in the office, the personalities of the team you’d be working with. On your resume, you emphasise the skills that you most like to use, making less of those you don’t. Perhaps you consider temping, freelancing, part time or contract work. It might lack the security of a permanent role, but it can provide an income and buy you some time to find something you truly want to do.


Overall, you remain realistic and you’re prepared to be flexible. You’re patient and hopeful and you don’t give up. You’ve absorbed the lesson of your Saturn transit.
You’ve Got To Have A Dream


Maybe you’re one of the lucky or brave ones, who really can follow your dream. If you’re not, never lose hope. As the old song goes, if you don’t have a dream, how’re you going have a dream come true? It’s wise though to reassess our dreams on occasion and particularly after a life changing transit. We age, we grow, our priorities change, the world changes around us, unexpected spanners fall into the works.
Think about that dream of old. What does it boil down to? What’s its essence? Why did you want to be a painter/cosmonaut/vet/photographer? Were you following an innate talent or a personal interest? Were you trying to please a parent or conform to a social stereotype of success? Was it for the money, the power, the recognition, to fit in? Did it stem from a need to express yourself creatively, to help others, to give something back to the world?


If you look at it from this angle you can see more easily where you need to let go of old dreams and also when to hold onto dreams that are still valid, but need to be adapted so they better suit who and where you are now. You may even find that you have already made your dream come true, but didn’t realise it because it manifested differently to your fixed expectation.
As Within, So Without: What We Can Learn From World Events


This post explores how, so often after a difficult transit, it’s too easy to carry on repeating the mistakes of the past, when instead we could use the wisdom our transit brought to break unhealthy, outdated patterns of behaviour.
I think the current world situation is a lesson to us all of the dangers of not learning the lessons of the past, of blindly trying to tread a path that just doesn’t work for us anymore. Since the banking crisis of 2008 (when Pluto moved into Capricorn and Saturn squared Pluto and opposed Uranus) most of the energy and resources have been directed towards restoring the old ways of doing things. The capitalist model based on constant growth which benefited so many of us while Pluto was in Sagittarius simply doesn’t work under Pluto in Capricorn. Somehow, we need to find another way of doing things that suits the world as it is now, while at the same holding those people and entities who contributed to the crisis to account. Seven upcoming hits of Uranus to Pluto will see to it that major change does occur, but collectively we need to choose wisely, in keeping with the symbolic themes of Pluto in Capricorn.  Let’s hope we make the right choice.

You may have noticed less posts from Astroair Astrology, so I wanted to let you know why. The good news is that I am working on my first book. The subject is a secret for now, but I will be publishing some teasers and excerpts in the weeks to come. All being well, it will be published as an e-book in late September this year and can be downloaded from here, amongst other places.

In the meantime, thanks sooooooooooo much for continuing to support Astroair Astrology

Enter your email address below to receive posts and updates from Astroair. Once you've subscribed, don't forget to verify your subscription - check your junk folder if the verification email doesn't show up in your inbox. Oh and never fear, Astroir won't pass your email address on to anyone else.