A sad day, hearing the news of the passing of David Bowie, an otherworldly genius whose magic was that he was so relatable, so down to earth, yet so not of the earth. 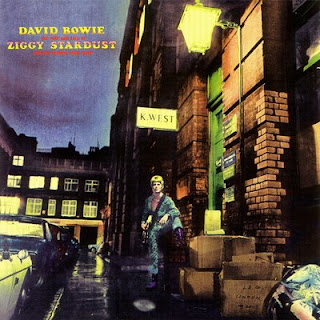 Songs for a Saturn Transit

Happy 2016. I saw in the New Year with my husband and a bunch of good friends and because they are metal fans, there were Lemmy Christmas cards, vintage Motörhead t-shirts and just before midnight our host shared a bottle of Motörhead Shiraz he'd been saving for a special occasion. We head-banged to Ace of Spades although perhaps not as violently as we might have done 20 years ago.

This made me remember something I wrote in 2010 - Sounds for a Saturn Transit - so I've reposted it below not only because it features the music of Mr Ian (Lemmy) Kilmister and his band, but also because it provides a little music therapy for those of you having, or looking forward to, a Saturn transit this year.

Music therapy is a recognised and widely used therapeutic technique, which uses sound, dance and movement to aid physical, emotional and mental health.
In fact, as early as the 17th century it was said that music was critical in the treatment of melancholy, that very Saturnian state of mind that "goes and comes upon every small occasion of sorrow, need, sickness, trouble, fear, grief, passion...which causes anguish, dulness, heaviness and vexation of spirit, any ways opposite to pleasure, mirth, joy, delight"*.

And haven't most of us used music as a form of self-therapy? I mean who of you doesn't have a personal soundtrack to your life, for the best of times and for the worst? Remember being a broken-hearted, put upon, fed up, stressed-out teenager hiding in your room, listening to some angry rocking tracks and mournful dirges to make yourself feel better? Perhaps you were having a Saturn transit at the time?

Most of us still still use music as catharsis, even if we don't admit it, so in that spirit, here are some musical gems especially selected to indulge a Saturn transit.
"You win some, lose some, it's - all - the same to me"
Plug in your best air guitar and shout along, very loudly. Lead singer Lemmy was a Christmas Capricorn with a strong Saturn signature in his chart, so he knew just how you feel!


Also check out Capricorn by Motorhead "When I was young I was already old, My Life, my heart, black night, dark star, Capricorn."

"A song in which to weep, While we rock ourselves to sleep"
Nick Cave's trademark hybrid of lyrical blues, gospel, rock, and arty post-punk, results in a dark, challenging sound, full of emotional intensity, but somehow lifting. A talented song-writer, singer and author, Cave expresses his natal Mercury square Saturn perfectly, helped along by creative quintiles from Saturn to his Sun and Mars in Virgo.


"And I'm here to remind you, Of the mess you left when you went away"
Alanis Morissette's harsh and angry break up song has helped many a wronged woman through the worst. It's even rumoured that she wrote it about one of her own relationships! Like Cave (above), Morissette is also a Mercury-Saturn native, hers an exact conjunction in super-sensitive Cancer. [Warning: explicit lyrics]


"I try to laugh about it, Hiding the tears in my eyes"

This tune from post-punk, goth-pop band The Cure is a tale of a man who desperately wants to get his lost love back, but instead of showing how he really feels and asking for forgiveness, he hides his emotions, because boys don't cry, do they? An expression of singer-songwriter Robert Smith's Mercury-Mars-Saturn T-square perhaps?

Dylan's classic, written in 1965, was revolutionary and controversial in its day and it's gone on to become one of the most influential tracks of all time. It's easy to see how Dylan's natal stellium of Moon, Jupiter, Saturn and Uranus in his creative 5th house, are reflected in his music, with its Saturn-Uranus themes of protest and rebellion against tradition.


"Living just to find emotion, Hiding somewhere in the night"
If Dylan's classic symbolises Saturn-Uranus, then rock band Journey's rousing anthem was a great track for the [2010] Saturn-Pluto square. Originally a minor hit at the start of the current Saturn-Pluto cycle in '81/'82 it suddenly became a meteoric hit during [the most recent] Saturn-Pluto square, thanks to covers on the X-Factor and on popular TV show Glee.

Saturn, the Bringer of Old Age

No collection of Saturnine music would be complete without the Saturn movement from Gustav Holst's The Planets. Of all the seven movements, Saturn was said to be Holst's personal favourite. Enjoy the steady, serene, deliberate sound of stoicism.

What are your sounds for a Saturn transit?

NOTE: This is part of a collection of articles about the Saturn, Uranus, Pluto Cardinal T-Square for the International Astrology Blogathon, March 19-21, 2010. The rest of the collection is here: https://2010astrologycarnival.wordpress.com/
*The Anatomy of Melancholy by Robert Burton, 1621.
Artist birth data from http://www.wikipedia.org/ and Astrodatabank
Music selections by various persons


If you want to look further into how you can use music and sound therapeutically, type "music therapy" into Amazon and you'll find a long selection of books and other resources to choose from.