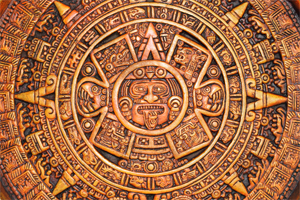 The end of the world has been predicted approximately 183 times over the last 2,000 or so years, so there’s no reason to worry that this 2012 prediction malarkey will turn out to be correct. In fact, if you're an email subscriber, you will probably be reading this AFTER the appointed apocalpyse time of 11:11 GMT.

That’s worth celebrating, taking a bit of time out from Christmas consumerism to give thanks and count our blessings.

Joyce Mason over at The Radical Virgo has a wonderful piece full of ideas for the Solstice, which she describes as a time to release the old, recognise your accomplishments and embrace the new. Check it out here.


Here’s A Coffee at the end of the World my look at the Solstice chart, which in astrology is used as a good predictor for the season to come, at least until the Spring Equinox.
Lua Astrology also has some great insights about the Solstice chart here, focusing on its powerful Yod (Finger of God) aspect.
Also see Orcus author Jeremy Neal's take on the Solstice Chart over at Chirotic Journal.
And finally, In The End of the World Scheduled For Friday, Eric Francis gives us his irreverent and satirical take on 2012.

Here's wishing you a happy Yule, Chrismas etc, with many more to come.

With love,
Mandi
www.mandilockley.com
at December 21, 2012 No comments:

Email ThisBlogThis!Share to TwitterShare to FacebookShare to Pinterest
Labels: +, Solstice 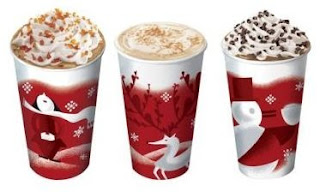 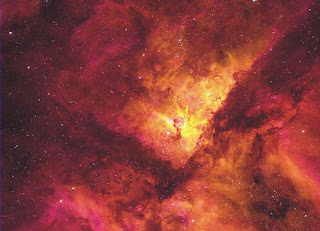 21st December 2012 is almost upon us folks. Yours truly doesn't buy into the whole 2012 end of the world hype. It may be the end of the Mayan calendar (allegedly), but there is a calendar for 2013. I've seen them in the shops, so it must be true! Some of them even have pics of One Direction on them!

However, as a lover of symbol and ceremony, I think it's only right to mark the date. 21st December is after all a Solstice and even though we have two Solstices every year (summer and winter), it's still a significant astronomical/astrological/symbolic event in itself.

So, in the first of two, maybe three, posts about 21.12.12 (or 12.21.12, if you're west of the Altantic),  I would like to share Jon Fortgang's Apolcalypse Playlist. I'm sure you'll agree that every honest to goodness Day of Judgement wouldn't be the same without a rocking soundtrack to accompany it. Here's Jon's cracking intro, followed by a link to the songs:

The world has been ending since the start of recorded history, and probably on a fairly regular basis before that.

Zarathustra was the first not to start making long-terms plans, somewhere around 1,200 BCE in modern Iran. More than 200 specific dates for the Great Reckoning have been posited over the last two millennia. There were around 100 confident predictions of the end of the world in the twentieth century alone, though anyone who lived through the industrial conflicts of the last 100 years may feel that, in every meaningful sense, the world did actually end in 1914, again in 1940, again in 1945 and on a weekly basis thereafter.

In his book Apocalypse: A History of the End of Time, John Michael Greer chronicles the viral life of the apocalypse meme in the run up to 21 December 2012, which may or may not be the point at which the Mayan calendar comes to an end and there are no more days to count.

In fact, says Greer, there is scant evidence to suggest that this date has ever been of any significance whatsoever to ancient Mesoamerican cultures – or to anyone else. Just one reference to it was found in a minor Mayan temple and no one's quite sure how the numbers there work out anyway.

We do, nevertheless, recognise the perversely seductive appeal of apocalyptic thinking round here. Imminent cataclysm introduces a fairly acute sense of drama. ('Catharsis' - purification through tragedy – shares with 'cataclysm' the Ancient Greek root 'kataklysmos' – a washing away of things).

Acceding to the apocalyptic meme makes the adept feel exclusive, elect, terrible and significant. Heroes come forth in the wasteland. And after the apocalypse there's the whole Mad Max, po-ap thing: a literal leveling of the social order with, in the movies anyway, a bizarrely carnivalesque undertone. ('Carnival', which has the same Latin root as 'carnage': a removal of flesh or meat.)

In fact, of course, the world – and the rest of the universe - will probably conclude with the heat death of the Sun in around four billion years' time. We're unlikely to be here to see that. But it does introduce some helpful perspective.

Anyway, to celebrate the fact that the world is not going to end in three weeks' time, we are assembling the Apocalypse Playlist: 20 songs about the end of the world at the rate of one (or possibly two) a day, until we get to 21/12/12...

Now click here to follow Jon's suggestions, guaranteed to be more fun and more surprising than an Advent Calendar, although I can't promise a chocolate behind every video window.

Jon Fortgang is a London based journalist, writer and editor.

Subscribe below to receive Astroair Astrology direct to your inbox:

The Pull of The Moon 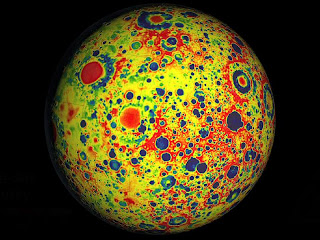 This awesome picture of the Moon is from NASA and I just couldn't resist sharing it here.

The colours show variations in the lunar gravity field. If you want to learn more, there's a video here>

There's no doubt that the Moon has a strong influence over us, both actually and symbolically.

Monthly Moon Phases
This page includes the phase of the Moon, the sign and degree of the Moon and the Sun and a brief explanation of each Moon phase and how its energy might best by used.

The Moon through the Signs
This page explains how best to use the energy of the Moon according to the sign it's in. Try following the Moon for a month and see if you can feel the subtle vibe changes as it moves through the zodiac.

Each page also has a widget that shows you what phase the Moon is currently in.

I hope you enjoy working with the Moon, I know I take great comfort from knowing she's up there in the sky, watching over us.

The Curse of Mercury in Sagittarius

Sometimes you don't make the connection straight away. A seemingly random idea or thought enters your brain and keeps returning to grab your attention. Eventually, if you're lucky, you can connect the dots and see the bigger picture.

So a few things happened that made me feel like nobody was listening to me. I knew I was right, but everyone disagreed, or worse, ignored me. This brought to mind the archetypal disaster movie hero. You know that guy, the one who predicts the unthinkable turn of events but nobody believes him? When the worst happens, it's usually too late for those who most vehemently disagreed with his prognosis of events. They were the ones who could only see things from their own narrow, material and self-serving point of view. They could not see the bigger picture.

The movie archetype comes to us from the Greek myth of Cassandra. Cassandra was granted the gift of prophecy by Apollo, but when she refused his amorous advances, he added a curse to the gift -  her prophecies would not be believed. Famously, nobody listened when she foresaw the destruction of Troy, with tragic results.

So why did I feeling like nobody was listening to me or believing me? I'm guessing because Mercury in Sagittarius turned retrograde on my natal Descendant, that chart point where we most immediately connect with the public, the other.

So what does this mean? What astro-insight is up for grabs if I connect the dots? Mercury in Sagittarius is in detriment, meaning it's in a sign where it can't operate to its best potential, where it needs a bit of help and support. Like that disaster movie hero, assistance might be hard to find. Mercury, as you know, is all about communication. It's the planet that needs to heard, needs to connect to others. Sagittarius is arguably the most righteous sign of the zodiac and it loves the bigger picture, but with Mercury in this sign it's not going to be easy to get the point across. Perhaps it's Mercury in Sagittarius' curse to always be right, but never to be believed? Maybe Mercury in Sag is astrology's Cassandra?

I should mention that I have Mercury in Sagittarius in the seventh house natally. It's square Saturn, Uranus and Pluto. No wonder I feel like nobody gets it that I'm right about everything! Thankfully, the fate of the world isn't depending on me being heard and believed! Right?

Post script: A certain Dr Zamenhof had Mercury in Sagittarius. He invented Esperanto with a grand vision of creating an easy-to-learn, politically neutral language to transcend nationality and foster understanding between people with different languages and cultures. The word Esperanto translates as "one who hopes". So utterly Sagittarius. The problem was nobody was interested in learning it. So totally Mercury in Sagittarius!

Subscribe below to receive Astroair Astrology direct to your inbox:
﻿