What's the World Coming To?

While Astroair has been ‘resting’  her colleagues have been busy analysing the current world trends, as we steer our way through these critical times. Here’s my pick:


“This reluctant astrologer is keeping a close watch on the June 5/6, 2012 Venus Transit as a timing mechanism relating to an unusual forming or break-up of association....” Read More...

ASTROTABLETALK posted a piece asking how the current astro-political climate is reflected in our subconscious:


“That, apparently, is how Jung saw World War II coming, during the last Uranus-Pluto square: from his patients dreams. When the collective is intensely activated, as it is now, it will push its way into our dreams.” Read More...


Theodore White continues his close analysis of the current world events. His latest article includes mundane advice for May-July 2012, predictions for the May 20th Solar Eclipse, geophysical forecasts and his take on the upcoming rare Venus Transit.


“According to my mundane calculations, the next three months - May, June and July 2012 yield unfavorable world transits straight into the summer season in the northern hemisphere. We are about to hear, see and experience a series of unbelievable anomalous events that will be most unexpected and sudden for many people.”  Read More...


What are the Prospects for the Euro?

“Whatever is done through the last part of 2011 is unlikely to be enough. More speculation and funding will be increasingly forced upon governments and institutions in the first half of 2012 at a time they are likely to be less willing and able to meet such demands.”  Read More...

More on the Euro crisis in Adrian Duncan's 2012 predictions:


“In the coming years governments will fall one by one because of the coming social upheaval, like they have already done in Greece, Italy and Spain. And will do in 2012 in France, and in 2013 in Germany and England. The big question today is whether the Euro will survive this process. And if it does not, what the global consequences will be.” Read More...

Pluto and the Language of Astrology 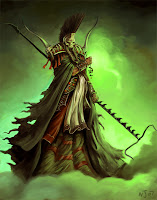 I’ve read a few comments lately from people anticipating their Pluto transit or discussing transits they’ve had. Some speak positively of the growth and change opportunities that come with the transit and others speak of the transit more fearfully. What most of them have in common, though, is that they speak about what Pluto has caused, what Pluto is bringing.

I have to say that I don’t think Pluto actually does anything to us. After all, it’s just a small, cold, dwarf planet with a scary name, in the far reaches of our solar system. Right? How can its incredibly slow movements possibly cause psychological stress or momentous change in our personal lives? That just doesn’t make any logical sense. Frankly it’s a ridiculous notion.

But still, Pluto transits tend to bring Plutonic themes into our lives, themes which carry their own signature, a certain vibration. As we experience and share what occurs during these transits, our collective astrological knowledge builds up. This takes us away from the physical rock in the sky and into the realms of the symbolic. On this level, astrology works. So, while that might seem a contradiction of my statement above that Pluto (along with all the other planets) doesn’t actually make anything happen to us, it’s actually not. I believe that people commenting about what Pluto is doing to them are not imagining things. Their Pluto transit is undoubtedly affecting them, it’s just that it’s not physical Pluto, it’s symbolic Pluto, ‘astrological’ Pluto. Of course, astrological Pluto is energetically linked to the movements of physical Pluto, but it’s not the same thing.

So instead of saying Pluto is doing this or that (which implies physical Pluto), it might be better so say that Pluto transits reflect times in our lives when our experiences resonate with the symbolic and mythic meanings that astrology has ascribed to Pluto. This is a longwinded way of expressing it of course. It’s hard to find the words to put it more simply. In the end, it’s usually easier to simply say that Pluto is doing this to me, even though, if we understand astrology, we don’t really mean it that literally.

As for why astrological Pluto affects us, I don’t know.  Astrology is not, and shouldn’t, be logical. We can accurately predict where the planets will be located on any given date, but we can’t predict exactly how the astrological, symbolic themes of the planets will be reflected here on earth in our lives. Astrology is still such a mystery to us, but I believe that symbols have power and that that power becomes more tangible, more alive and more meaningful as we interact with it.

Enter your email address to receive Astroair Astrology by email:
at May 02, 2012 2 comments: