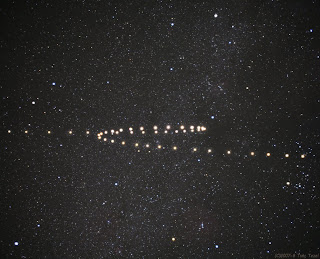 (For an explanation of retrograde and direct, please click here)

Note: dates are based on European time zones and may vary by a maximum of one day for other time zones.

Love, peace and harmony planet Venus moves into Aquarius, the sign of friendship and teamwork on December 20. This might not be the sexiest or most affectionate placement for Venus, but it's good for getting together with groups of people during this seasonal time, be that your complicated family or your circle of friends. Venus in Aquarius can seem detached at times, so if you or a loved one comes over a little aloof, just give yourself or them a bit of space and you/they will soon be back to their sociable self.

A Square between Venus and Jupiter on December 21, can only be a good thing, so expect peace, love and harmony to break out all around!

On December 22, the Sun moves into Capricorn. As a December Capricorn myself, I feel bound to defend my much maligned sign. Far from being serious and boring, Capricorns can be a wacky bunch, just check out these quotes from some famous cappies. Far from being slow and patient, Capricorns are dynamic and swift acting once they decide what they want and work out how to get it. However, discovering what they want and being in a position to get it might take some some time. This is because Saturn is trying to teach them the lesson of patience and well earned reward. This might be hard for cappy to swallow at times, but unfortunately there it is!

The Sun's entry into Capricorn marks the Winter Solstice (the Summer Solstice in the southern hemisphere). The chart for the Solstice is commonly used as a predictor for the season to come, at least until the Spring Equinox which marks the Sun's passage into Aries.

In the Solstice Chart the Sun trines Jupiter, presenting us with an opportunity to feel optimistic about the end of this year and the beginning of next, especially as Jupiter turns direct on December 25, after being retrograde since the end of August. Sun square Uranus asks us to brace ourselves for the unexpected, as disruptive and perhaps surprising elements come into play. Without a doubt, change is in the air in the coming months, another indicator of which is Sun conjunct Pluto. This aspect is still quite wide in the Solstice Chart, but becomes exact on December 29, in time for the tail end of the year. Of course, with Pluto being in Capricorn since 2008, every winter solstice chart for the past few years has had Sun conjunct Pluto. This reflects the fact that Pluto’s idea of change is slow, deep, transformation. We cannot doubt that the world is slowly becoming a very different kind of place for so many of us. In this season’s solstice chart, Jupiter opposite Saturn arms us with a sense of purpose to help us tackle any challenge that comes our way. Finally, Moon square Neptune suggests that the general mood will be our collective desire to escape, dream and get away from it all. Indulge if you must, but beware of deceiving yourself about what is real and what is not. Strictly speaking, if something seems too good to be true, it usually is!


December 24 brings a New Moon in Capricorn. I always think of the Capricorn New Moon as the start to the New Year... New Moons are seeding times, when we can ‘plant’ our intentions and watch them grow. Therefore, if you do have any New Year’s resolutions, decide upon them around this New Moon. OK, with the holiday indulgences in full swing, it might not be practical to put them into action until the New Year but setting the intention now can’t hurt, can it? And make a note to check back in on those resolutions around the time of the Aries Equinox in March, a time which marks another new beginning.
Wishing all my readers a happy and peaceful end to the year and a happy and healthy 2012.
Thanks for reading.
With love, Mandi
www.mandilockley.com 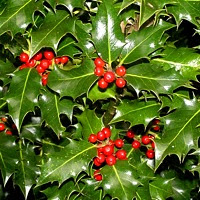