Sometimes it's those who are non-conversant in the language of astrology who unwittingly say it best.

The following is an excerpt from yesterday's London Evening Standard, which neatly encapsulates the effects and the themes of Pluto in Capricorn:

We live in an era of  institutional fragility. Parliament [in the UK] has been rocked by the expenses scandal, the press by the hacking controversy and Leveson Inquiry, and the financial sector by the crash, the bailing out of the banks and the loss of faith in capitalism. These experiences have been traumatic, and not only for those under investigation.

A society's institutions are its guard-rails, the bodies that enshrine its values and continuities. To shine a bright light on their flaws, decay and outright dilapidation is intrinsically unnerving. But it has to be done. If those institutions are to heal and renew themselves for the future. The stables have to be cleaned.*

The article the quote above comes from, talks about the crisis at the BBC (another great British institution), brought on by the Jimmy Savile sex abuse scandal.

More on this scandal and how it pertains to the ingress of Saturn into Scorpio and Saturn's mutual reception with Pluto in Capricorn in an upcoming post.

To read excerpts of the book see here and here. For a review, see here.

It is available to download at Amazon now at £3.80 (UK), $6.17 (US) and equivalent prices in other currencies (see your local Amazon site for details). A PDF version is available direct from Astroair Astrology at £7. To buy, click on the Buy Now button to the right. Please note, PDF orders are sent out manually. We endeavour to send out all PDFs within an hour or two, but sometimes it might take a little longer due to time zone differences. 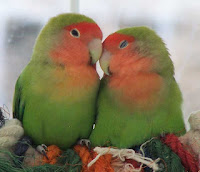 Building and maintaining intimate relationships is very important to our emotional health, yet so many of us have fears and issues which can get in the way of feeling close to others. Saturn in Scorpio* presents us with an opportunity to acknowledge the defensive barriers we put up which get in the way of true intimacy and work to improve our most important relationships.


Here’s an excerpt from Saturn in Scorpio: Your Guide Through The Dark, which explores this subject:

It is universally agreed that emotional intimacy plays a central role in our life experience.  We seek it out because we need it. Those we are emotionally intimate with (not just lovers, but family and friends) provide us with our tribe and fill us with a sense of belonging and the feeling of being loved and cared for. Intimate bonds are formed when we share our secret thoughts and expose our hidden desires and when that sharing and exposure is reciprocated. This self-disclosure leaves both parties vulnerable, but it is, or should be, a healthy vulnerability, based on mutual respect.
With Saturn in Scorpio, it is a good time to explore intimacy more deeply. Do we truly have intimate relationships? If not, what barriers have we have put up that prevent us becoming intimate with others? Why do we have those barriers? What happened in our early life to make us defend ourselves so strongly against letting others get too close? Were we betrayed, hurt or rejected in the past and is this preventing us from forming new bonds? These are big questions indeed.

What kind of intimate relationships do we have?  Saturn in Libra’s lesson was around creating and maintaining healthy boundaries in our relationships. It was about finding the right balance of give and take. We learned that a healthy intimate relationship is one where there is a strong emotional attachment, a feeling of closeness, but at the same time an awareness of separateness, where both parties are good for each other without being totally dependent on each other.


When the balance of emotional sharing isn’t right between two people, the relationship can easily become unhealthy. The person who dumps all their emotions on the other is felt as needy and smothering. Conversely, the person who holds back comes across as cold and controlling. Jealousy and possessiveness also gets in the way of an intimate relationship.
Saturn in Scorpio is our guide through these more shadowy aspects of intimate relationships. We have defined intimacy as a relationship where both parties disclose ‘secrets’ that could make them vulnerable. A partnership or friendship quickly becomes problematic if one or both parties use those vulnerabilities to control or manipulate the other, or to cause emotional pain. When this occurs the relationship cannot sustain itself and the intimacy quickly breaks down. Even if the couple stays together physically, emotionally the bond is damaged.


Problems can also occur when one person opens up a lot more than the other, leading to an unbalanced relationship, one that is not truly intimate. This can be down to a number of reasons. Perhaps one person opens up too quickly, before the other is ready or sure that they want a close relationship. The wary partner is easily frightened away at this tender stage which can leave the person who has opened up feeling hurt and rejected. It takes a fair amount of emotional intelligence and awareness to read this type of situation correctly. Intuition and experience need to be used to make a judgement on whether to persevere, pull back and slow down or whether to simply lick one’s wounds, let go and move on. It’s hard not to take it very personally when we feel rejected and it’s easy to take that feeling of rejection forward to the next relationship.
Perhaps the other person doesn’t open up because, consciously or unconsciously, they can’t face it? Becoming intimate with someone means that we expose our shadow. This puts us in danger of being rejected if our physical desires or emotional needs are exposed as too dark or too extreme by our partner. For some, Saturn in Scorpio will bring a need to face your fears around releasing control, sharing your feelings and letting yourself trust someone enough to expose your true desire nature.


Strategic relationships also belong in the realm of Saturn in Scorpio. This is where one person gets close to someone else because they want something from them. Marrying for money or status is the most obvious example. Sometimes one partner isn’t aware of the strategy and comes away feeling used. Often, the using is mutual, even if it is not openly acknowledged. In these kinds of partnerships both stand to benefit in some way. The danger is that these relationships tend to be fragile and easily break down if there is a disagreement or misunderstanding, or if one partner loses the thing (be that money, looks, youth or power) that the other wants or needs.
Finding true intimacy requires us to be willing to let down our emotional barriers before fulfilling bonds can be formed and sustained. We need to be empathetic, compassionate and understanding, with ourself as well as with our partner. On the path to intimacy Saturn in Scorpio can be a harsh teacher, often making us experience that which is not genuine intimacy so that we can better recognise the real thing when it comes along.


*Saturn moved into Scorpio on 5 October 2012. On 23 December 2014 Saturn enters Sagittarius. Then, on 15 June 2015 Saturn in retrograde re-enters Scorpio, before finally settling in Sagittarius on 18 September 2015 (all dates use GMT time zones).
An excerpt on Keeping Safe, another theme of Saturn in Scorpio, is available to read at Donna Cunningham’s Skywriter Blog here>


Saturn in Scorpio: Your Guide Through the Dark is available at Amazon on Kindle or direct from Astroair Astrology in PDF format. Click on this link to find out more about what’s in the book, plus details about to purchase.
at October 07, 2012 2 comments:

With Saturn just in Scorpio, dark themes are to the fore so we may as well embrace them. Here is some recommended reading:

"If you watched the movie Melancholia by Lars von Trier and made it through the excruciating wedding scene that makes up the first half of the film, you saw a masterful representation of what transiting Saturn’s approaching conjunction to a natal planet feels like..."


Abella "Jucy" Arthur explores the psychology of men with fixed star Algol strong in their charts:
"The object of the Algol male’s desire has intense sexual power over him that he fears yet is tremendously excited about. But he also feels he may be inadequate — can he live up to her and her desires? If he senses the woman might emasculate or leave him, he may begin to automatically and unconsciously behave in ways that are considered mean, destructive, evil, and ruthless...."
***
Orcus by Jeremy Neal
I'm only halfway through Neal's groundbreaking new book about Orcus, but would very much recommend it. If you don't want to take my word for it, here's what renowned astrologer Steven Forrest has to say:
"Jeremy Neal's masterwork about Orcus is a major contribution to the advancement of astrology. Facing the real significance of these newly-discovered trans-Neptunian bodies is not work for the faint-hearted. This is a courageous book that carries the reader into the heart of darkness. Fortunately, it also carries us out again! Neal faces painful subjects unflinchingly, and yet never loses sight of the higher ground. I enthusiastically welcome his voice to the conversation."
With love, Mandi
www.mandilockley.com
Mandi Lockley's new e-book, Saturn in Scorpio: Your Guide To The Dark is now available from Amazon on Kindle or direct from Astroair Astrology in PDF format. Click here for details. ﻿
﻿
at October 06, 2012 No comments: