So my beloved and I have just enjoyed our seventh wedding anniversary. To celebrate, we went to see one of our favourite bands and the occasion was marked with a couple of intriguing coincidences.

My husband discovered that a couple of his friends - a couple - were attending the gig so we arranged to meet for a drink beforehand and as soon as they walked through the door I realised I hadn’t seen one of them since our wedding. Then, when we arrived at the venue, I spotted a guy at the back of the room on his own looking a bit out of place. I looked and then I looked again. It was who I thought it was; the ex of one of my husband’s relatives. And when was the last time we saw him? At our wedding of course! The gig wasn’t his thing; he was only there to help his friend who was doing the lights for the show. He was thrilled to see us and vice versa.

As I’m the type who looks for meaning in these things and in signs and symbols in general – I wouldn’t be into astrology if I didn’t – I got to thinking about what this strange synchronicity means.
As so often happens with me, my train of thought led me to the planet Saturn. Bear with me, this will make sense… 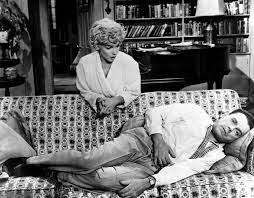 You see, the theory is that after around seven years a relationship can hit a point of crisis or dissatisfaction or even hit the rocks completely. It’s known as the seven year itch and it’s a testing time when we’re invited to take stock and decide whether another seven years is a viable prospect. We might consider what restraints and responsibilities our partnership demands and ask if these are balanced out by commitment and security and the promise of longer term rewards. More than anything, it’s a time to get real about our relationship.

The description above brims with Saturn imagery: testing time; getting real; restraints, commitment and responsibilities; hitting the rocks (Saturn rules rocks literally) and if you don’t know already, you’ve probably guessed that the Saturn cycle hits a hotspot once every seven years or thereabouts.
Using a marriage as an example, the date of the wedding is where the foundations are laid. Ground zero. After seven years, transiting Saturn has travelled three zodiac signs and makes its first Square aspect to Saturn’s placement in the marriage chart. The ‘rules’ of the relationship have been laid down over the preceding seven years and at the Square the urge may be to test the relationship’s boundaries, to challenge the status quo, to push  back against the duties and constraints the marriage demands. We might ask, does this relationship allow me to express my authentic self? Some may even stray (that seven year itch cliché) but the consequences of what we do, of the decisions we’ve made to date, will need to be faced and fresh decisions reached and a new path forged.

It can also be a positive time of course. Just because Saturn isn’t all jolly bells and whistles, that doesn’t mean it doesn’t bestow deserved rewards from time to time. That seven year point, the Saturn Square, is a good opportunity to take stock of the relationship, to plan, together, for the next seven years. What do you both want? Do your goals and aspirations synchronise? Where do compromises need to be made? It’s probably fair to say that avoiding issues at this time won’t make them go away, so you may as well face them.
I should say here that my own marriage is happy. We are using this time to think about how far we’ve come, to celebrate that and then pack for wherever it is we’re going next. Together.
But what of those chance meetings with the two people I hadn’t seen since our wedding? Well the seven year cycle fits for them too. You see, the couple we met in the pub had only just got together when my husband and I married and now they are in a committed relationship. As for the other guy, his relationship with my husband’s relative broke up shortly after our wedding. Now, seven years on, he’s a parent and his ex is very happily married to someone else and about to become a parent for the first time.
So, time marches on and we get older and wiser and we take on more commitment and responsibility, but for any heartache along the way, oh what joy and love life also brings.
With love,
Mandi


News update:
I’ve been concentrating on fiction writing these last few months and that’s the main reason why there have been fewer posts here as Astroair, and I’m very pleased to reveal that one of my short stories, The Box - a dark tale exploring psychic oversensitivity - will be published in the January edition of Massacre Magazine.