Whistleblowers at the Galactic Centre 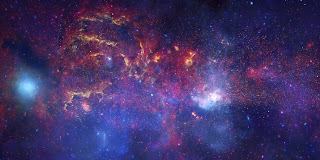 At the heart of our galaxy, the Milky Way, is the Galactic Centre - a super-massive black hole (or a “giant cosmic broom”) positioned in late Sagittarius – which plays a key role in chart signatures of people who spill the beans on organisations and governments, as many famous cases attest.

A whistleblower is a person “who exposes misconduct, alleged dishonest or illegal activity occurring in an organisation. The alleged misconduct may be…a violation of a law, rule, regulation and/or a direct threat to public interest, such as fraud, health and safety violations, and corruption. Whistleblowers may make their allegations internally (…to other people within the accused organisation) or externally (to regulators, law enforcement agencies, to the media…). Whistleblowers frequently face reprisal, sometimes at the hands of the organisation or group which they have accused, sometimes from related organisations, and sometimes under law”.

Research into the most infamous and noteworthy whistleblowers shows that the majority of them have planets and points in their natal charts which connect to the Galactic Centre (GC), the black hole at the centre of our Milky Way galaxy. This can’t be a surprise because Sagittarius, seeker of truth, guardian of the moral high ground and the sign the GC falls in, is surely a most appropriate signature for the whistleblower. It would seem, as the case studies will show, that individuals whose charts connect strongly to the Galactic Centre (GC) can have an impact on the world that reaches far beyond the personal when given access to information that others would prefer to keep hidden and when they have the means and motivation to share that information on a huge scale...

This article first appeared in the March/April 2016 edition of the Journal of the Astrological Association of Great Britain and was re-published on the Astrodienst website where you can read the rest of the article here: Whistleblowers
at August 05, 2016 2 comments: