We know that astrological Mercury represents mind, thoughts and communication in our horoscope.  The mind is where our sensory perceptions are processed in the brain and our perceptions are reflected in our thoughts. As we think, we rationalize, assess, form judgement, make decisions, learn and solve problems. We also form beliefs, ideas and opinions which we express through our actions and communications. This can take the form of sharing ideas, the transfer of information, negotiations, compromises and arguments and we also use verbal and non-verbal communication to form bonds and friendships with others.

Mercury’s sign, house and aspects tell us a lot about our style of communication; how we think and learn and connect with others. It also represents how we mentally process our opinion of ourselves, our self-image. In this, Mercury becomes the tool for our ego and its condition in our chart shows us how our ego communicates, as well as how we can go beyond our ego. If we take the journey beyond the ego, we are channeling a deeper part of Mercury, remembering that Mercury, or Hermes to use the Greek name, is the messenger of the Gods, the intermediary between the human and divine realms. We are particularly invited to step onto these deeper paths when Mercury is touched by an outer planet by aspect or transit.

But first, let’s define the ego. Sigmund Freud, founder of psychoanalysis, divided the human psyche into the id, the ego and the superego1.

According to Freud, the ego is the self-conscious part of ourselves. It’s how we define ourselves, including our status compared to others and our place in society. It’s wrapped up in our self-esteem, our sense of self-importance and the ‘roles’ we play. Our ego helps us to satisfy our id (the primitive, irrational, instinctive part of the psyche) without breaking society’s rules and conventions. The ego itself is moderated by the superego, which is our conscience, our ‘ideal’ self and the moral values of our collective society.

The ego of course, is reflected in our thoughts, words, opinions and ideas, as well as in conscious decision making and problem solving and this is how Mercury becomes the messenger of the ego. But if Mercury carries the ego, where is the ego itself in the birth chart?

We most strongly associate the Sun with the ego, because it’s about our self-identity and how we reinforce it. The Ascendant is how we project our ego out into the world through our personal style and outward persona. The Moon represents the baggage our ego carries from the past, translated into our moods and habits (it’s also the id, expressed as who we are behind closed doors when nobody’s looking and what we need to feel safe). Venus is about our self-worth, which is also the stuff of the ego and even those things we take pleasure in can be egoic if we use them to boost our self-esteem and status. Mars signifies how we assert ourselves and react to conflict, which is usually ego based. Competing is of the ego because it assumes a winner and a loser. Of course, when we totally lose our temper the ego has given way to the irrational id. When we get to Jupiter and Saturn we are into superego territory, but these planets can also be egoic, in that Jupiter can be about over-confidence and an inflated ego and Saturn about how the ego seeks respect. The fears and doubts associated with Saturn are also often ego based.

Beyond Saturn we’re in the realms of the unconscious, the sphere of the Gods, but more about that as we look at the chart examples. 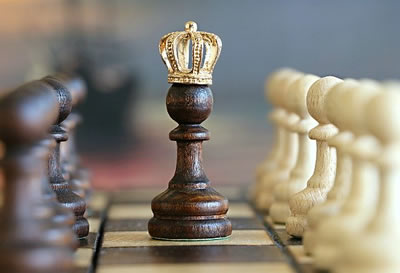 The relationship of the Sun (the largest and most powerful signifier of our ego) to Mercury (the messenger of the ego) is telling.  Astronomically, Mercury is the closest planet to the Sun and astrologically, they can never be more than 28 degrees apart, meaning that only a Conjunction aspect is possible. This tightly entwines our ego and its emissary.  A primary interpretation of Sun Conjunct Mercury2 is that it suggests an ego driven, perhaps controlling personality, with difficulty separating the ego identity from one’s ideas and opinions, which might manifest as seeing one’s own perspective as the only correct perspective and having difficulty accepting the views of others. More positively, it’s associated with independent thought and confident expression.  But even without the Conjunction, the close proximity of the Sun and Mercury suggests that every one of us is somewhat ego driven and to a greater or lesser extent lacking objectivity and defensive of our own opinions when they clash with another’s.

In the traditional astrology of William Lilly, planets Conjunct the Sun are said to be hidden by the light of the Sun and therefore debilitated, weakened3. This applies to anything in the same sign and within 17 degrees of the Sun, but a planet is in its most serious debility - combust - when between 17 minutes and 8 degrees 30 minutes from the Sun (although a planet within 17 minutes of the Sun is considered strengthened by the Sun). If we were to apply this idea psychologically, we could say that the ego (Sun) overpowers everything that gets too close to it.

The following both have Sun Conjunct Mercury and have both defined and written extensively about the ego.... To read more, including analysis of the charts of Sigmund Freud and Eckhart Tolle, click here to read on astro.com

This article was first published in Constellation News magazine and was re-published at astro.com