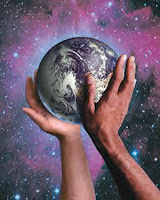 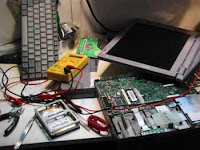 Well, Mercury Retrograde has hit Astroair hard, because my laptop died and I lost all my data! This is why there have been no posts here for a good while...

Fortunately, I found a laptop hospital in deepest darkest South-East London. Yes, it really was like a hospital, with a waiting room full of tense owners, stacks of magazines at least five years old and scary drilling, banging and beeping noises coming from the 'surgery' behind the screen.

The good news is that the laptop, at great expense, is now 'as new', shiny and clean and sporting a brand new hard drive. It's faster, smarter and yes, they retreived all my data as well! So now, with the craziness of Christmas behind us for another year it's time to get back on the blogging wagon again at last.

Wishing a very Happy New Year to all of you who stumble across here.

Welcome to December, the month of midwinter in the North and midsummer in the South. December is a time of celebration and worship across a number of faiths including Hanukkah (Jewish), Al-Hijira (Islamic New Year), Bodhi Day (Buddhist), Yule (Pagan) and Christmas (Christian). Whatever you are celebrating, or even if you are just looking forward to some time off, I hope you have a wondrous December.

Astrologically, December begins with the Sun in Sagittarius, Venus freshly in Scorpio and Mercury freshly in Capricorn...

Venus in Scorpio prompts intense, obsessive and passionate expressions of affection and desire. There’s nothing shallow or pretty about this Venus placement. Secret liaisons and compulsive desires are not uncommon and moods are hot and deep. It won't always play out nicely, but ultimately this can be a purging and healing transit, so long as you are willing to surrender to Venus in Scorpio's hypnotic charms.

Mercury in Capricorn is serious! In your thinking and in your communications, caution, reserve and even doubt can come to the fore with Mercury in Capricorn. To use these energies at their best, and to avoid negative thinking, think in practical, down to earth ways, have clear goals and objectives about what you want to communicate and use a logical, step-by-step approach in your thinking.

Mars moves into steadfast Capricorn on December 7, a perfect placement if hard work, decisiveness and self discipline are required. Shame it coincides with the party season really! On the bright side, Mars stays in Capricorn until mid January, perfect for finding the will power for that post holiday detox diet! Until then, use the energies of Mars in Capricorn to complete those projects on time so you can relax and enjoy a guilt free break later in the month.

On December 10, Mercury turns retrograde... I urge you not to get too stressed and worried about this retrograde, but it’s worth paying attention to detail and being prepared. For instance, book your holiday travel before the retrograde. When you do travel, prepare yourself for delays. If delays don’t happen then that’s cool, but if they do, you won’t get too stressed if you’re prepared will you? This is a good time to review your thinking...are you being too negative? Are you being too serious? Do you need to lighten up a bit? On December 18, Mercury rolls back into more easy-going Sagittarius. In this outspoken sign you might put your foot in it or exaggerate...so consider what effect your words have one others. Mercury finally turns direct on 29/30 December (depending on your time zone).

On December 14, retrograde Mercury lines up in a triple conjunction with Mars and Pluto. If you have a strong point to get across, now’s the time, but remember to play fair. Fighting talk could ensue if you’re not careful in how you express yourself or if you over-react to other’s words, because this has the potential to be an explosive day when you are in danger of losing the perspective. Breathe, think on it, react later if needs be. Remember, ‘tis the season of peace and goodwill.

Uranus turned retrograde in Aries back in early July, re-entering Pisces in August. The planet of shocks, breakthroughs and rebellion finally turns direct on December 5. It will re-cover the last degrees of Pisces before finally settling in Aries in March 2011.

Every year, the Sun’s movement into Capricorn (21st December) heralds the Winter Solstice (Summer Solstice in the Summer Hemisphere). The Winter and Summer Solstices are two of the power points of the astrological year, along with the Spring and Autumn Equinoxes. The charts for these events are good indicators of the next three months to come.... This year’s Solstice chart is especially exciting because it coincides with a total Lunar Eclipse! Watch this space for some insights and predictions a little nearer the time.

New Moon in Sagittarius ~ December 5
A time to plan, think and relax

Eclipsed Full Moon in Gemini ~ December 21
Everything becomes clearer. A sense of urgency. Pay off or pay back for actions taken during the New Moon and First Quarter Moon. Things coming to a head. Endings. This Full Moon is an exciting one, the third of five in a row occurring in the urgent last degree of its sign. In Gemini, the urgency is around communications, connecting with others, negotiating, sealing the deal, sharing ideas. Mercury retrograde complicates things....so pay attention to detail and make sure you dot the I’s and cross the T’s in your rush to get things completed! More on this special Moon, a total Lunar Eclipse in a forthcoming article.

Last Quarter Moon in Virgo ~ December 28
Time to tie up any loose ends and make final adjustments to actions and projects before slowing down for the next New Moon on January 4. Any mistakes made at the urgent Full Moon will need sorting out now!