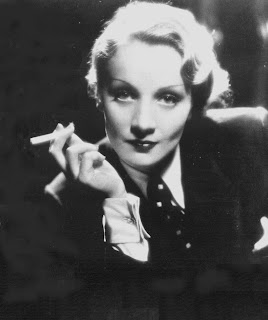 2009 has treated us to four Mercury Retrograde periods instead of the usual three and the final one begins on 26th December in Capricorn.

A planet is Retrograde when it appears to move backwards. Click here> for a full explanation of Retrograde.

Here is the data for this Mercury Retrograde:
Stations Retrograde on 26 Dec 2009 at 22 Capricorn
Stations Direct on 15 Jan 2010 at 6 Capricorn
Retrograde period: 21 days

OK, so that’s the technical stuff out of the way, so what does Mercury Retrograde (Rx) mean? This is what I said in my blog on the last Mercury Rx in September:
“I have to say that much is said and written about Mercury Retrograde and it is often feared as a time when everything is likely to go wrong, especially anything to do with communication or travel. I don't totally agree with that, after all, Mercury is the Trickster planet and he's the planet of the mind, so he loves to fool us into worrying unnecessarily.
The retrograde period may not even affect you at all unless it is hitting trigger points in your personal horoscope. That said it’s always a good time to take extra care when doing the things which are ruled by Mercury. Thinking things through properly and double checking the details is worth the effort. It's also worth putting off signing any major deals, documents and contracts during a Mercury Retrograde if you can. Not necessarily because it will be some great big disaster if you do, but because you may end up having to go over everything all over again at a later date, which in itself is annoying and irritating. Mostly, Mercury Retrograde is a time for review.”
However, I really think that this Mercury Rx period will be rather stronger in its influence than the last one. Mars, the planet of action, is already Retrograde, and seems to be reflected in chaos all over the place. Particularly, the weather and travel situation in Europe in the run up to the holidays has been horrendous. Furthermore, Mercury is in Capricorn and Capricorn’s ruler Saturn is itself slowing down for a Retrograde in mid January and has been in the shadow of its Retrograde since October. Saturn is also involved in a series of disruptive oppositions with Uranus and harsh squares with Pluto. Heavy stuff.
This is therefore, in my opinion, a Mercury Retrograde period where we will all have to do some serious thinking and reviewing as we move into 2010. But please, use some common sense as well, as there’s a danger with Mercury in Capricorn of falling into negative thinking and pessimism, seeing the limitations and forgetting to see the opportunities and possibilities.
How can we overcome this? By remembering that Mercury in Capricorn also symbolizes wisdom, the disciplined mind, practical considerations and an organized, self-sufficient mindset. Capricorn’s purpose is to administrate progress, to head forward in an upward direction, slowly, carefully and in line with practical reality. When making your New Years resolutions this year, bear this in mind and 2010 could well be the year that your New Years resolutions come true.
Well known people with Mercury in Capricorn include Marlene Dietrich (pictured), Sir Anthony Hopkins, Mary Tyler Moore, Teri Hatcher, Annie Lennox, Sade and Shakira.
If you have the Sun, Moon, planets and angles between 6 and 22 degrees of the cardinal signs of Aries, Cancer, Libra or Capricorn this Mercury Retrograde may affect you dynamically. If you do not know if you have Sun, Moon, planets or angles in the relevant degrees and/or signs you can quickly download your own birth chart which will provide you with this information in a simply understood way at http://www.alabe.com/
Click on this link for planetary Retrograde Dates for all planets for 2010