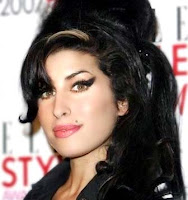 The astrological blog-o-sphere is awash with opinion about the astrological measurements that symbolise the tragic early death of singer Amy Winehouse.  Her death at 27 puts her in the infamous ‘27 Club’ a well documented group of wild creative geniuses who left this planet at the same age. The group includes Jim Morrison, Brian Jones, Janis Joplin, Jimi Hendrix and Kurt Cobain.

“The transition from the Child phase to the Adult phase occurs around the age of 27-28, when the secondary progress (SP) Moon returns to its natal position and conjuncts the natal Moon. It is not until we have experienced our first full SP Moon cycle, closely followed by our first Saturn return, that we can truly understand our own emotional needs and get to grips with our place in the world in relation to others. While the Saturn return brings hard work, crisis and the need to let go of the material safety net of our childhood, the first SP Lunar Return, which precedes it, represents a major emotional initiation. We must work to remove the emotional crutches of childhood in order to move into our future. Along the way, we must lose our innocence, but in so doing we become emotionally mature in order to allow ourselves to experience emotional fulfilment and stability in the future”. Read the full article here

To leave around the time of the first progressed lunar return and before the first Saturn return suggests a subconscious reluctance to grow up, an inability to come into full maturity. On the other hand, when we consider the early fame and talent of those in the ‘27 Club’, we could hypothesise that they had simply done all they needed to do, on a spiritual level. They had created their legacy and it was time to move on.

On a karmic level, we could say that having completed one full cycle, these souls had reached a ‘break clause’ in their soul contract which they opted to exercise. I think this hypothesis is supported by the fact that 27 is also marked by the nodal half return, another karmic time point on our journey through incarnation.

One final observation…Amy has an Out of Bounds Moon, a measurement she shares with Kurt Cobain. Steven Forrest has done some fine work on the Out of Bounds Moon. Some of the characteristics he associates with the OOB Moon are: bold, groundbreaking genius; criminal (or alleged criminal) behaviour; zany characters; ‘nice’ outlaws and finally, choosing to leave early, which Forrest describes as a “tendency to walk away from situations which more conventional individuals might consider prestigious or desirable. Voluntarily, they exile themselves from success as it would be defined at the tribal level”. In the case of Winehouse and Cobain, the early exit was at its most extreme and irreversible.

I could go into a detailed analysis of Winehouse’s chart and the transits for her day of death, but I am not in the habit of doing ‘death predictions’, even after the fact. If you want to look at her chart for yourself, astrologer Frank C Clifford has recently published data, as follows:

Alternatively you will find a wealth of articles on other astrology blogs. http://www.astrodispatch.com/  publishes most of the best.

Comic actor Russell Brand, a friend of Amy's, has written an honest, sincere and moving article about Amy and the nature of addiction. He also relates how at 27 he went into recovery from his own addictions and turned his life around: http://www.guardian.co.uk/music/2011/jul/24/russell-brand-amy-winehouse-woman


See also: The 27's, the Greatest Myth of Rock & Roll, by Eric Segalstad and Josh Hunter. Astrologer Rob Tillett contributed some of the astrological observations to the book.

Rest in Peace Amy, you will be missed.

A note: If you are about to experience your first SP lunar return or you have an Out of Bounds Moon, this does not mean that you may die. The people discussed above are rare souls indeed and do not reflect tangible possibilities for the rest of us. I would also like to add that this article is not intended to romantise the lifestyle choices that this group of people made. If you are having problems with drugs, alcholol or have other addictions, Astroair urges you to please seek help.

Here again is the link to my article about the Secondary Progressed Moon cycle: http://www.radicalvirgo.com/2011/04/emotional-maturity-secondary-progressed.html