Astrology for November ~ Straight Ahead 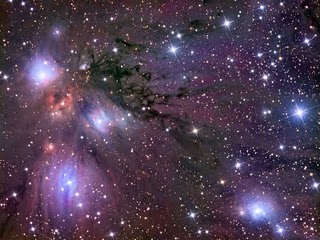 1st November is a day of celebration for many. The Day of the Dead (El Día de los Muertos) in Mexico, the Celtic New Year for pagans and All Saints' Day in the Christian tradition. This is a day to recognise and honour the dead and to find hope and light in the promise of new life to come. Whatever you are celebrating, I hope it’s been a wonderful day for you. It’s fitting, I think, that the Sun is in Scorpio for these festivals.

The long Neptune retrograde period may have been a cloudy period for many, particularly if Neptune has been transiting one of your natal planets. Disillusionment, confusion and lack of energy can oh so often accompany one of these transits. Especially when it’s retrograde, this can be a transit where we become ultra sensitive and yearn to retreat from the world and run away from reality. On the positive side, it’s a transit where we can tap into our higher self and experience joyous connections with anyone and everything. But beware, because Neptune is the planet of glamour and illusions. However, as Neptune turns direct you will be better able to see through those illusions. When you do that, unrealistic dreams will dissolve away, making it easier to find focus on your more realistic dreams, goals and ideals.

After a brief soiree into dynamic Aries, Jupiter turned retrograde in July, moving back into Pisces in September. Jupiter signifies the principle of growth, expansion, faith, wisdom, higher learning and reward. In Pisces, Jupiter symbolises growth through idealism and the expansion of spirit, wisdom from the higher realms, faith through connecting with the ephemeral and intangible and reward through creative involvements, healing energies and acts of compassion. While Jupiter was retrograde, you may have been feeling these energies more inwardly and subjectively. When it goes direct, you can finally open and expand outwards. You will be able to think more clearly about the future and where you want to take your life next, using the new wisdom you have gained during the retrograde period. Jupiter will remain in Pisces until January, when it settles into Aries.

Here’s what I said in my post on Venus Retrograde:

“It’s a time to review Venusian things and how you express and handle them. Venusian themes include relationships, values, self worth, how we share and give and yield to others, the soft and sweet side of life, the feminine, emotional stuff, the things that money can buy, how attractive we feel, what and who we are attracted to.

Because we are talking primarily Scorpio here for this Venus transit, this brings the urge to purge in Venusian areas of life, the need to check whether our handling of all things Venusian is healthy, or whether we are straying into the shadow side of Venus. Examples could be a tendency to give yourself away to please others, or letting yourself be pushed around in a relationship. Or perhaps you are taking advantage of others who are trying to please you. Such questions may need to be asked if this Venus retrograde is forming a transit in your chart. Money questions may also need to be asked. Are you spending too much on luxuries or are you denying yourself the good things in life unnecessarily? Where do you need to ‘balance the books’ in your life? Consider what your core values are. Are you living them? Do you need to get back to them or redefine them?”

Well folks, review time is over. As Venus turns direct we can now move forward with relationship or financial decisions that need to be taken. However, even though Venus turns direct on November 18, it will not be clear of its retrograde shadow until December 20, so this date should be noted if you’re looking for a benchmark for truly moving forward. (Click for Venus Retrograde transits, still relevant.)

The Sun moves into fiery, optimistic, spirited Sagittarius on November 22. Come back here around then for some quotes from some famous Saggies and find out if those centaurs really do exaggerate!

On November 27, the North Node, which has been moving backwards through Capricorn, finally hits Pluto at 4 degrees of Capricorn. This is an intense conjunction and if it’s touching anything in your birth chart, expect to meet some very Plutonic people and make some very deep and meaningful connections with them. You may also face difficult, intense and emotional situations that have been dogging you for a while, so you can sort them out once and for all! It’s a transit to purge and regenerate and find closure, so you can move on with a fresh perspective. Remember, it might be deep and dark where you are, but if you look long and hard enough, you might just catch a glimpse of buried treasure. By the way, this all happens on my 8th house Sun, so I’ll let you know if anything significant occurs.

New Moon in Scorpio ~ November 6 (GMT)/ November 5 (PDT)
A time to rest, plan and sort your head out

Full Moon in Taurus ~ November 21
Everything becomes clearer. Pay off or pay back for actions taken during the New Moon and First Quarter Moon.
This full Moon is an exciting one, the second of five in a row occurring in the urgent last degree of its sign. Check back here around the 21st for some insight!

Last Quarter Moon in Leo ~ November 28
Time to tie up any loose ends and make final adjustments to actions and projects, before slowing down for the next New Moon on December 5.

If you didn’t catch it the first time around, for Halloween I did a special series on Past Life and Karmic Astrology. The links are here:
The Sun
The Moon’s Nodes
Retrograde Planets

I hope you have a great November.