As the Sun settles into its yearly transit of Scorpio, here are some lovely quotes from some famous Scorpios that also reflect their Moon sign...
As we look ahead into the next century, leaders will be those who empower others.
Bill Gates, businessman
Sun in Scorpio, Moon in Aries
Do you seriously expect me to be the first Prince of Wales in history not to have a mistress?
Charles, Prince of Wales, British royalty
Sun in Scorpio, Moon in Taurus
The thing women have yet to learn is nobody gives you power. You just take it.
Roseanne Barr, actress/comedienne 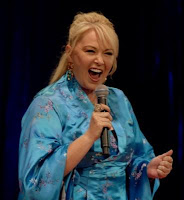 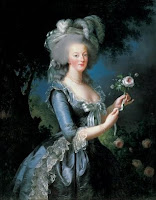 I was a queen, and you took away my crown; a wife, and you killed my husband; a mother, and you deprived me of my children. My blood alone remains: take it, but do not make me suffer long.
Marie Antoinette, French royalty
Sun in Scorpio, Moon in Libra
And so we remained till the red of the dawn began to fall through the snow gloom. I was desolate and afraid, and full of woe and terror. But
when that beautiful sun began to climb the horizon life was to me again.
Bram Stoker, ‘Dracula’ author
Sun in Scorpio, Moon in Scorpio 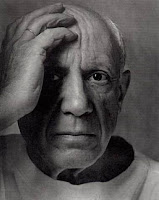 Art is the elimination of the unnecessary. Art is the lie that enables us to realize the truth. Art washes away from the soul the dust of everyday life.
Pablo Picasso, Artist
Sun in Scorpio, Moon in Sagittarius
Even if I died in the service of the nation, I would be proud of it. Every drop of my blood... will contribute to the growth of this nation and to make it strong and dynamic.
Indira Gandhi, Indian politican
Sun in Scorpio, Moon in Capricorn
There's an edge to real rock 'n' roll. It's all that matters.
Neil Young, musician
Sun in Scorpio, Moon in Aquarius
A scientist in his laboratory is not a mere technician: he is also a child confronting natural phenomena that impress him as though they were fairy tales.
Marie Curie, scientist
Sun in Scorpio, Moon in Pisces
Birth details from Astrodatabank
Quotes from Brainy Quote
at November 02, 2010