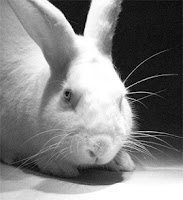 Welcome to April. The new season is in full swing - the Sun’s in Aries, Mercury’s retrograde and outer planet agitator Uranus is in Aries. And we survived the hyped up Virgo SuperMoon!
This April we have a stellium in Aries with the Sun, Mercury, Mars, Jupiter and Uranus all in the impetuous warrior sign. They are joined on the 3rd by the New Moon, bringing emotional undercurrents into the mix. Their only counterpoint is an opposition from Saturn in Libra, which makes direct contact with Jupiter and the New Moon, urging us towards balance and consideration for others.
The other BIG news is exiting Aquarius after a 14 year stay to dip his toes in the watery depths of Pisces.
Read on for the full low-down on April's main action...
Mars enters Aries ~ Let’s Get Physical
April 1: No, it’s not an April Fool it’s really happening! With Mars in Aries the energy is direct, impatient and abundant, making this is a great transit for fiery, impetuous types who like get things done, and quickly! If you’re competitive and yearn to be ‘numero uno’, then go for it, this is not the time for wavering and worrying about what others think. If you’re the more peaceful type, then duck and cover because we could all get more argumentative under Mars in Aries. Getting physical and/or focusing your energy on new projects is a good outlet. Remember that Mercury in Aries is retrograde until April 23, which will stymie some of the Aries energy [click on this link for more on that]. Mars leaves Aries on 10/11 May (depending on your time zone).
Aries New Moon ~ An Aries Pile-Up
April 3: The Moon joins Sun, Mercury, Mars, Jupiter and Uranus in an Aries pile up. Don’t get too carried away with self seeking, self initiated activities though, because Saturn in Libra opposes Sun, Moon and Jupiter, reminding us that we will ultimately need to take responsibility for our actions and urging us to balance our needs with the needs of others. Also remember that the New Moon is the dark of the Moon, we can plan and ‘plant seeds’ during this lunation, but we’re planting in the dark, so we can’t be totally sure what will grow out of our actions until a later date.
Neptune enters Pisces – Mystical Wanderings
April 4: As the Moon starts to wax, increasing in light and energy we start to dream of something magical and mystical coming our way… , after 14 years in Aquarius, dips its toes into watery Pisces, the sign it feels its most natural affinity with.  An article is coming very soon on this important ingress, with its themes of compassion, philanthropy, suffering, idealism, spirituality and sacrifice.

Neptune retrogrades back into Aquarius on August 5, re-entering Pisces on February 3, 2012, after which it will stay in Pisces until 2026.
Sun conjunct Jupiter ~ Illuminating Optimism
April 6: This transit only lasts for a couple of days at most, but it’s a nice one, so worth mentioning. When the Sun in Aries joins Jupiter in Aries, it’s a hot and jolly old union, great for firing yourself up with heart-felt enthusiasm and optimism. Enjoy!
Pluto turns Retrograde ~ Deep Intensity
April 9: Pluto spends over 40% of its time retrograde and has a retrograde period of approximately 160 days, so this is not a retrograde to get too worried about. However, during the few days it slows, stations and turns around, things do get tend to get very intense. From a world perspective, we could see drama around anything that vibes with the symbolism of Pluto in Capricorn including big business, plutocrats, the infrastructure and administration of government, power and the abuse of power, the super wealthy and the buried riches of the earth, including oil and plutonium. Keep an eye on the news for reviews, turnarounds, exposures and transformations in these areas around early to mid April. Let’s hope there is a positive turnaround at the nuclear plant at this time, followed by an open review of the use of nuclear technology.
Pluto turns around at 7 degrees 30 minutes of Capricorn and from a personal perspective this will be a significant retrograde transit if you have planets or angles at 7-8 degrees of Aries, Cancer, Libra and Capricorn. A deep review of your emotional and material life could be called for, as well as dealing with issues around power and control and self-sabotaging habits. Pluto transits are not easy, but in the final analysis can signal the start of positive change. See Notes From A Pluto transit for a personal account of what a Pluto transit can be like.
Mars square Pluto ~ The Ram and the Goat
April 11: This is another short, one or two day transit, but it’s worth noting because Mars is in fiery Aries the ram - impatient, impulsive energy that doesn’t want to wait to get what it wants.  Pluto on the other hand is moving very slowly and retrograde through steady, patient Capricorn the goat. If the goat and the ram lock horns now it’s a bit like an immovable object meeting an unstoppable force! In other words, you would be wise not to get yourself involved in power struggles between April 10 and 12! If you’re feeling riled at this time, try and let it drop, but if you have to confront it, try to handle it correctly and sensibly.

Libra Full Moon ~ Me vs. You
April 17: Full Moons are lovely bright times when energy surges and emotions emerge into the light for full expression. If all the fiery Aries energy through April are making you feel a bit burnt out, this Libra Full Moon may come as a welcome counterpoint, inviting you to seek and find the right balance between focusing on your own interests and cooperating with others for the sake of keeping the peace. Libra is also one of the social air signs so this is a great Full Moon for getting out there and mixing and mingling. Enjoy!
Sun in Taurus ~ Sensual Pleasures
April 20: Come back early May for a post all about lovely cuddly Taurus.
Venus into Aries ~Self Love
April 21: All the self help books will tell you that you need to love yourself before you can truly receive love from another. Venus in Aries is perhaps a good time to work on loving yourself. Aren’t we all our own worst enemies, beating ourselves up for ‘faults’ in our-self that we would easily tolerate in others? Forgive yourself a little. We all know that Aries acts impulsively and in a self-focused way, but with Venus in Aries this tactic could tread on other’s toes if we’re not careful, so apply a little tact and diplomacy if you can. In short, if you need to go on the offensive, make sure it’s a charm offensive! Venus is in Aries until May 16.
Mercury Turns Direct
April 23: Phew! Hope Mercury retrograde was OK for you...if you're reading this while the messenger planet is still going backwards, here are Astroair's suggestions.
Void of Course Moons for April
You can see a Void of Course Moon table for April here….along with an explanation of what Void of Course is and how to use it.
If you enjoyed this post, you can subscribe for free, to receive Astroair Astrology by email. We promise not to pass on your details or use them for marketing purposes: