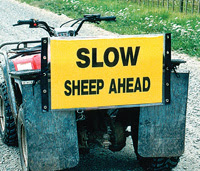 Mercury the messenger planet is about to turn retrograde in Aries the warrior sign… so what’s his message, what’s he trying to tell us?

…urges us to communicate directly, confidently and assertively, but in retrograde, perhaps we should hang back and think before we open our mouths…

…fires up our brainpower, but in retrograde, perhaps we should work to slow and calm down our minds a little…

…fills us with restless energy, but in retrograde, we may feel frustrated if we can’t find a suitable outlet for our energy…putting energy into reviewing ideas and projects is a good way to use Mercury retrograde…

…acts without thinking, but in retrograde you might end up re-doing or trying to un-do what you’ve done if you’re not careful…

...asks us to seek out new ideas, but in retrograde, perhaps it’s best to review, re-work and re-discuss tried and tested ideas…

…wants to have its own way, but in retrograde it needs to learn to compromise a bit…

…prefers to close a deal quickly and cleanly, but in retrograde its wise to take some time to double check all the details and renegotiate. Best to wait until the retrograde is over before signing on the dotted line…

…likes to drive fast and get from A to B as quickly as possible, but in retrograde you need to slow down and perhaps re-plan your route (don’t’ forget your map)!

…seeks out fresh experiences, but in retrograde perhaps the old things are the best things…

…is susceptible to mental burn out, so during this retrograde, take some time to rest and recover…

…likes the newest and the fastest technology, but in retrograde, don’t forget to back up your data…