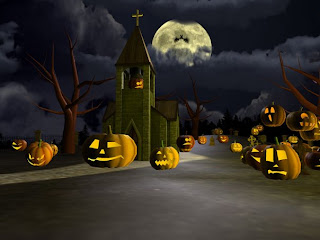 Before diving into part two of October’s Astrological happenings, I'll take a step back to consider the background canvas against which these temporal events are occurring.

The big one is Uranus square Pluto and the themes this represents are playing out dramatically in the world, as anyone who follows current affairs will know.
Uranus in Aries square Pluto in Capricorn symbolises rebellious impulses; hot-headed behavior; sudden and shocking events; anti-establishment feelings; the demand for freedom and respect; issues of control and responsibility; spontaneous uprisings; collective and individual crisis on any level. A serious questioning of power structures and authority is indicated.

Deep and radical changes are occurring in our world at large and in our own personal lives. Do we embrace the radical and disruptive changes we face or do we use our energy to try to hold back the change and maintain the status quo? My personal feeling is that while change can be scary and difficult and while it often involves painful losses, we cause ourselves more suffering in the long run by resisting the inevitable. By making a conscious choice to let go of the past, to concede where we have no control and embrace the future, we place ourselves in a better position to welcome change that is positive, freeing and less traumatic than the alternative. There is one thing that is certain and that is the unpredictability of the future over the next few years. Instead of adding up your losses, count your blessings, stay strong, and be true to your heart. To paraphrase the old saying, be the change you want to see in the world.

As I discussed in Part 1, mid October marks the beginning of a new Sun-Saturn cycle, with Sun Conjunct Saturn in Libra. The two conjoin roughly once a year and mark a time for setting clear, achievable goals for the year ahead. The starting point for setting those goals should  be where you are right now. This is not about pipe dreams, it’s about taking responsibility for your future and setting for yourself some boundaries of normalcy, even as the world goes crazy around you.

October 14 to 17: Venus and Mercury in Scorpio oppose Jupiter in Taurus
This planetary pattern (Venus with Jupiter on the 14th and Mercury with Jupiter on the 17th) invites us to be expansive, extravagant, adventurous and broadminded. This could be tempting, but rather than overindulging and overspending, your time would be better spent thinking about your spending. Are you spending within your means? Are you spending too much to please others and is it resources? Of course, it’s not all about the money, this alignment can also bring a generous dose of passion into your life. Are you ready? As if that’s not enough, secrets could be revealed on or around the 17th!


OK, so have things been getting a bit too real for you lately? Well, just in time for the weekend, Sun trine Neptune is perfect for allowing yourself a little bit of escapism. Pile on the glamour and hit the town with your friends, indulge in a romantic evening with your lover or lose yourself in something creative, poetic or artistic. Enjoy it while it lasts because this Sun-Neptune energy comes with a slight warning not to overindulge or mix fantasy with reality. If you do, you could find yourself headed back down to earth with a bump on Monday morning!
October 23: Sun into Scorpio

Happy birthday to all you lovely Scorpios out there.

Scorpio is one of the emotional water signs. In Pisces water runs freely, but is at risk of becoming tainted because it flows indiscriminately. In Cancer water is contained and used resourcefully, but is at risk of becoming stagnant if held for too long. In Scorpio, water is held in solid form, as ice. As such, it is not easily accessible, but once thawed, is pure and crystal clear. So, while Scorpio is a cool customer, he holds the power to transform that which is dark and dirty into that which is cleansing and healing. Read more….

Click for some wonderfully insightful quotes from some very famous Scorpios. Here are a couple to whet your appetite:

Do you seriously expect me to be the first Prince of Wales in history not to have a mistress?
Prince Charles, Sun in Scorpio, Moon in Taurus
The thing women have yet to learn is nobody gives you power. You just take it.

Roseanne Barr, Sun in Scorpio, Moon in Gemini
October 26: New Moon in Scorpio
The New Moon is the darkest time of the lunar cycle, when Lady Luna disappears from our sky. Of course this is merely an illusion, she is there we just can’t see her. This reminds me of Scorpio’s ruler Pluto who, in mythology, must wear a helmet of invisibility whenever he surfaces from the Underworld. Unseen he does his work, so that when we finally see the results of his actions, they arrive in the form of dramatic changes that we come to realise were always inevitable. Scorpio operates in a similar way and its realm is our deepest emotions. Scorpio invites us to scour the hidden depths of our feelings, often taking us to places we would normally shy away from, especially during the dark Scorpio Moon. When the Moon starts to wax back into the light, it can show us our deepest and the darkest emotional detritus, offering it up for cleansing and healing. The medicine might taste bitter, but we'll know it’s good for us.
This New Moon opposes Jupiter in Taurus and sextiles Pluto, picking up on the ongoing Jupiter-Pluto trines (see below for more)...

This is the second of three trines between Jupiter in Taurus and Pluto in Capricorn. The first was in July this year and the final one will be in May next year.

This planetary combination can bring optimism or all too easily its opposite, pessimism. At best, this alignment can bring inspiration and a powerful affirmation of self belief. On the world stage, it is has been reflected in the excessive faith and optimism our governments have placed in the concept of future economic growth. We can now see that this ‘let’s get back to business as usual’ approach hasn’t worked and we are headed towards a worse financial crisis than the previous. Individually and as a collective, we need to transform our old beliefs and put our faith in something new because we can’t simply carry on as we have been doing. As this alignment connects to the Scorpio New Moon, it’s time to ask if our old desires still serve us, or do we need to fundamentally change our approach. When our goals are more fully aligned with what we truly need in the here and now, then perhaps we can better embrace our future, wherever that may take us.

The Sun makes its exact alignment with the ongoing Jupiter Pluto trines. See above for details.

This alignment invokes a yearning for bliss which often manifests as a desire for escapism and a retreat into fantasy. We want to feel at one with others, so these energies tend to be projected onto our closest relationships. We want things to be ideal and are tempted to slip on rose tinted spectacles. Enjoy it while it lasts, but remember that you would quickly get bored with your perfect knight (or princess). If you think about it, It’s the flaws and quirks that make our close ones interesting and loveable.

Click for Void of Course Moon Times for October