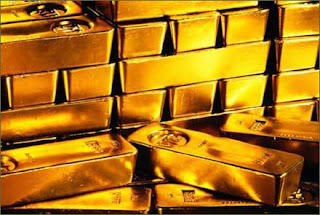 When the planets change direction (Retrograde or Direct), it’s always a good time to keep an eye on the news for stories that reflect this. This is a great way to see astrology in action and learn just how the movements of the planets really do seem to reflect life here on planet earth.

Below I’ve listed a few themes to look out for during the Mars in Leo Retrograde period, but see my last blog, A Retrograde Cat Fight, for a discussion on the timings and the general and personal themes.

General stories about young men
For example, last week it was reported in the UK that a growing number of young men are opting to stay living at home with their parents well into their late twenties and thirties. This is partly because they like being looked after and partly because they can't afford to move out.
A young man, Joe McElderry, won the UK X Factor. [Update 20th Dec: in the biggest and most exciting music chart battle ever, on the day Mars goes Rx, Rage Against the Machine's song Killing in the Name becomes UK Xmas #1, following a grassroots facebook campaign aimed at questioning the entitlement of Simon Cowell's X Factor winner for the Xmas #1 spot. Joe McElderry & Cowell respond to the bad news with dignity and grace & Rage, who had nothing to do with the inception of this rebellion, decide to donate £65,000 to homeless charity Shelter.]

Stories about Gold and other precious metals
See this fascinating article by astrology Bill Herbst on Gold and Silver as commodities
There were a number of news items last week about the increasing numbers of people selling off their gold and silver jewelry to raise cash. The report said that many of them were being ripped off. [Update 20th Dec @greensummit on Twitter (check out her profile) mentioned to me that purchases of gold for body decoration is down!]

Cat fights, literal or otherwise
Last night for the first time ever to my knowledge, my cat’s cat flap was breached by another cat. Sharpen your claws Milton because territorial wars are bound to ensue!

Wars, soldiers, the military, military retreats
It’s bad news that the US, UK and UN have all pledged extra troops for Afghanistan. Let’s hope it’s for a strictly defensive mission because under Mars Retrograde, he who strikes first always loses.

Sexual affairs coming out of the woodwork
Tiger, the big cat of golf is exposed. He has now decided to retreat (retrograde) from public life.

Stories about gangs of youths, particularly with their issues of respect and pride

I will add stories as they pop up in the news.......and I'm sure you can think of more examples.