As the Sun moves into Taurus, here are some quotes from a few famous names that reflect their Sun in Taurus and their Moon sign too - enjoy!
I don't have a sense of entitlement or that I deserve this. You'd be surprised at the lack of competition between nominees - I think a lot of it's imposed from the outside. Can I have my champagne now?  Cate Blanchett, Actress – Sun in Taurus/Moon in Aries 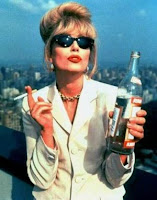 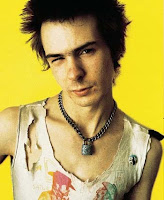 I just cash in on the fact that I'm good looking, and I've got a nice figure and girls like me.  Sid Vicious, Punk singer – Sun in Taurus/Moon in Libra
Sometimes, when I'm alone, I put on six inch heels and wear nothing else and dance around in front of the mirror and do my little stripper dance.  Tori Spelling, Actress – Sun in Taurus/Moon in Scorpio
Straight-away the ideas flow in upon me, directly from God, and not only do I see distinct themes in my mind's eye, but they are clothed in the right forms, harmonies, and orchestration.  Johannes Brahms, Composer – Sun in Taurus/Moon in Sagittarius