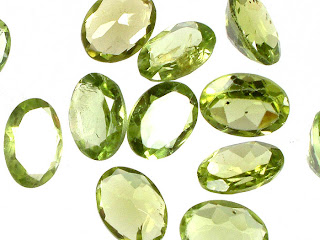 Saturn, in his last agonising degrees of Virgo, has been keeping us very, very busy these last few months, going over and over the minute details of ours life and the lives of others, ad nauseam. When will it ever end…..Well, the good news is that Saturn moves into Libra on 29 October, where he is much happier than he could ever be in Virgo. This is because in Libra, to use a bit of traditional astrology jargon, Saturn is in its ‘exultation’, a placement where it can operate effectively and true to his nature.

Libra is fair minded and craves peace and balance and harmonious relationship. Saturn is also fair, BUT works us hard and makes us pay our dues. So, don’t expect everything to be automatically lovey-dovey lovely with Saturn in Libra, we are going to have to work at it! Sound like a buzz-kill? Well, remember that Libra needs a bit of conflict and disharmony otherwise it doesn’t have a job to do. Libra needs a balance to find, a peace deal to negotiate, a relationship to build and a compromise to be brokered and Saturn provides the structure and authority to enable Libra needs to do that job very effectively.

Then, when all is said and done, Saturn in Libra will put you on its karmic scales, deduct points for laziness, add points for effort and goods delivered and then, in the nicest possible way, give you just what you need and everything you deserve.

But there's a long journey ahead before any of that and Saturn in Libra’s first major quest is a challenging Square aspect to Pluto in Capricorn. The essential phrase to describe Saturn-Pluto aspects is hard, hard, work! Oh, no, it doesn’t sound like much fun does it? However, this is where Saturn’s exultation in Libra comes in, for in Libra, Saturn actually enjoys putting the work in. If you note that Pluto’s current placement in Capricorn is also a sign that Saturn absolutely loves, then you can start to see that Saturn in Libra Square Pluto in Capricorn is a very, very dynamic interaction.

There will be hard work, possible losses, scary demons to face, bridges to build and re-build and a huge clean up job to do. BUT, at an individual and a world level, this is a unique opportunity for us to put our grist to the mill, work hard, hard, hard and ultimately make the necessary changes we need to get off on a good, solid, realistic footing for the future to come. Who knows, if we dig deep enough, shift enough dirt and scrub enough mucky old boulders, we might even unearth some very valuable buried treasure or flawless gems, metaphorically speaking!
Will Saturn in Libra affect you?
Well, anyone with the Sun or Moon or any planets or angles in the Cardinal signs (Aries, Cancer, Libra and Capricorn) will feel the effects of Saturn in Libra dynamically at some time over the next two or three years.*
Looking at the house that Saturn in Libra will be travelling through in your personal horoscope will give you more clues about the areas of your life Saturn in Libra could affect. I plan to write an article on this subject very soon.*
Dates for Saturn in Libra: Saturn moves into Libra on 29th October 2009. Due to its retrograde (apparent backwards motion through the sky), Saturn moves back into Virgo on 7th April 2010, then re-enters Libra on 21st July 2010, where it will stay until it moves into Scorpio in October 2012.
Will Saturn in Libra Square Pluto in Capricorn affect you?
Looking at Sun signs alone, simply put, you will feel the effects of the Saturn-Pluto square in particular if you’re a March-born Aries, a June-born Cancer, a September-born Libra or a December-born Capricorn.
Going deeper, you will be hit by the Saturn-Pluto square if you have the Sun or Moon or any planets or angles in the first five degrees of the cardinal signs. You will have all next year to work on the issues that Saturn-Pluto throws up for you, with the additional influence of Uranus (the planet of change, excitement and disruption) who, moving back and forth between the late degrees of Pisces and the first degrees of Aries forms a T-Square with Saturn-Pluto from late Spring 2010 (much more on this in forthcoming articles).*
Dates for Saturn in Libra Square Pluto in Capricorn: The three exact Squares between Saturn and Pluto are 15th November 2009, 31st January 2010 and 21st August 2010. However, please remember that these are long transits which symbolise huge shifts in our individual and collective lives. These processes take time to develop. They are not simply a series of one-day, one-off events. Please also note that Uranus will start to form a T-Square with Saturn and Pluto from around March 2010.
Further Reading
This is a HUGE topic, with so much to explore, my short 'n' sweet blog here barely even touches the surface. For further reading, here are a few web places I’d recommend:

More about what Saturn as a planet represents and symbolises from mandilockley.com http://www.mandilockley.com/saturn.html A good read for the beginner or novice astrologer.

A good review of Saturn in Libra from the personal perspective from Cafeastrology.com, a comprehensive astrology website, especially good for the beginner or novice: http://cafeastrology.com/blog/saturn-in-libra-and-relationship-astrology/

Astrologer Gary Caton, for The Mountain Astrologer, writes about the Saturn in Libra Ingress Chart: http://mountainastrologer.com/tma/the-libra-ingress-chart

Bill Herbst has written reams and reams on the current and upcoming Saturn, Uranus and Pluto transits. His predictions for the current economic crisis date back to 2006! http://www.billherbst.com/newsindex.html

A discussion on Saturn in Libra and Pluto in Capricorn is going on right now on The Mountain Astrologer’s Facebook page – a very positive take amidst some of the doom and gloom that's out there. Read, join in, ask questions. http://www.facebook.com/board.php?uid=112278112664#/topic.php?uid=112278112664&topic=18413

Finally, you can always rely on The Baron to bend our minds with his unique take on the sky's current movements. This is solid, informed astrology, with a dark, entertaining twist & I hear that a mind bending article on Saturn in Libra is coming very soon (in the meantime check out his Halloween special horoscopes) http://baronastrology.com/
Consultations
If you are interested in a personal consultation, please see my website at http://www.mandilockley.com/ or email me for more details at mandi@mandilockley.com
Finding out about your Chart
*If you do not know if you have Sun, Moon, planets or angles in the relevant degrees and/or signs you can quickly download your own birth chart which will provide you with this information in a simply understood way at http://www.alabe.com/
at October 28, 2009