Saturn-Uranus-Pluto Quote of the Week 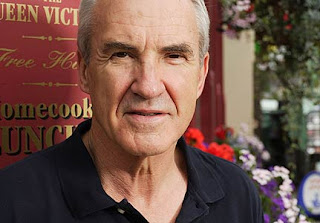 "The way I see it is this, you have to destroy the old to let the new grow again. It's like a forest burns everything in its path, but they were just blocking the sunlight and then when everything grows back again it is bigger and stronger." Archie Mitchell, a villainous character from the UK's soap opera, Eastenders, plotting to burn down the Queen Vic pub to get his revenge on estranged wife Peggie and the rest of the Mitchell clan.

This little quote sums up so many of the themes of the current Saturn, Uranus and Pluto configurations...albeit the dark side of things!

Here are another couple of examples for Saturn-Pluto in the run up to their impending exact square:

The film 2012 is blanket released around the world on 13th November, just two days before the first exact hit of Saturn Square Pluto. The movie capitalises on the 2012, end of the Mayan calendar prophecies and embodies the Saturn-Pluto themes of fear and paranoia, in this case the fear of apocalypse, the end of the world.

Just walking past a newspaper stand this morning I spotted the word courage in a big bold headline across one of tabloids. The headline was a tribute to the courage of the widow of a fallen bomb disposal expert, one of the latest servicemen to lose their lives in the Afghanistan conflict. Great strength and courage, even against the odds, is one of the nobler themes of Saturn-Pluto.

With any astrological configuration it's a very interesting exercise to look at plots in shows, TV scheduling lists, stuff in the news, newspaper headlines, film release dates etc. etc. to see if you can spot the themes that the current planetary aspects symbolise.

Remember, the devil is in the detail. Remember also, we have nothing to fear, but fear itself.