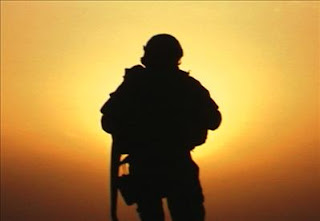 On December 1st Uranus turns Direct (forwards), after five months of moving Retrograde (backwards) through the sign of Pisces.

The Retrograde period for any planet symbolises a time when the energies and urges the planet represents go inwards, slow down and come up for review. Old ground is re-covered, forward moving action is often delayed and U-turns are likely until the Retrograde period is over.

Now that Uranus is moving forwards and its energies can be directed outwards again, expect to see Uranian type issues coming up in the news. Look out for announcements of new inventions*, scientific and technological breakthroughs, celebrity break ups and break downs, changes in governments, ripples of rebellion and revolution, extreme or unusual weather patterns and anything else that is shocking, surprising or unconventional.
[*Update: 2nd December - a new invention is announced: a 100mph lawnmower - what a totally crazy Uranus thing!]

One news story that seems to be following Uranus’ transit of Pisces very closely is the Iraq War. @CosmicLifeCoach on Twitter pointed out that the US invasion of Iraq started in March 2003, exactly one week after Uranus, which rules rebellion & overthrow, entered the sign of Pisces! This set me thinking.
Part of the pretext for the war, as well as the overthrow of Saddam Hussein’s regime, was to find Iraq’s alleged weapons of mass destruction, after UN inspectors failed to do so. Uranium, is the critical component in the ultimate weapon of mass destruction, the nuclear warhead and is ruled, astrologically speaking, by Uranus. With Uranus in Pisces we have a good symbol for the radioactive nature of nuclear weapons, because radiation will spread and spread if it is not correctly contained. Fortunately for the world, Iraq's weapons of mass destriction were non-existant. Perhaps, on the symbolic level, we can thank Uranus in Pisces' mutual reception with Neptune in Aquarius, for that fact that these WMDs were just an illusion, a deception.
[Update: as if to validate what I said about Uranus & uranium, in the news this morning - 30th November, just one day before Uranus Direct - a story broke that Iran has announced plans for 10 uranium enrichment plants, in breach of five UN security council resolutions. A provocative, Uranus style rebellion!]
The Chilcot Enquiry into the Iraq War was set up to investigate whether the decision to go to war was valid, legal and properly planned for. This Enquiry has been a long time coming, a long time in the preparation and its timing follows this current Uranus Retrograde cycle very closely.
The inquiry officially began mostly behind closed doors in July 09 (perfectly timed to the start of the Uranus Retrograde). However, in late June 2009, mere days before Uranus turned Retrograde, the Chairman of the inquiry Sir John Chilcot, had urged that the inquiry be made as public as possible. He got his way, after an embarrasing U-turn (Retrograde!) by UK PM Gordon Brown, but it was not until late November 09, as Uranus was about to turn Direct that the doors opened on the public part of the inquiry!
Interestingly, Chilcot says it may be 2011 before the full Iraq Inquiry report is completed and published. Note that while Uranus dips his toe into Aries in 2010 (and then Retrogrades back into Pisces), it will be 2011 before Uranus is fully ensconced in Aries. With this in mind, I see no indication that the report will come out before spring 2011.
As this very Uranian story unfolds expect unpredictable twists and turns and shocking truths to be revealed.
For a discussion on how the 2003 Iraq War fits into the current Saturn-Pluto cycle, please click here>.
To read about how Uranus Direct might affect you personally, click here>.
Thank you for reading and I welcome your comments.
Mandi
http://www.mandilockley.com/
at November 28, 2009