Astrology For February ~ Thoughts and Dreams 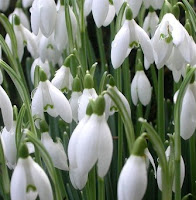 As we move into February, the Sun is in the independent sign of Aquarius, so a very happy birthday to all you lovely Water Bearers out there. But are Aquarians really as eccentric and unconventional as they seem? Yes and no! Click to read about the paradox at the heart of Aquarius…

We also start February with Jupiter fresh in Aries….See A Jupiter in Aries Brainstorm for a bit of astro-word play for this exciting combination.

At the end of January, Saturn in Libra turned Retrograde and indeed will stay Retro right through until June. These next few months are therefore a good time to review, amongst other things, your relationships. See Saturn in Libra Retrograde: Relationship Revision Time, if you haven’t already.

February 3rd: New Moon in Aquarius ~ Sort Your Head Out

The dark of the Moon is a good time to pause, sort your head out and plan for the month ahead. This New Moon is Trine Saturn in Libra, making it especially good for setting goals and applying them with discipline, particularly any goals and objectives that involve collaborations with others. With Saturn newly retrograde, it may be that you need to re-review previous objectives. Who knows, with this New Moon in innovative Aquarius you might well find a better, more original way of relating. Mars in Aquarius conjunct the New Moon adds dynamism and a sense of mission, but also warns against over-reaction and emotional touchiness.

February 3rd also coincides with two planetary sign changes, which can help you with your New Moon planning…

This placement calls for innovative, original, forward-thinking. Breaking the rules to get to a new point of view is permitted. Quick wit, a quirky turn of speech and astute powers of observation are typical Mercury in Aquarius traits, but there can be a tendency towards intellectual point scoring or saying something controversial merely to stir a reaction.

Note the mutual reception between Saturn in Libra and Venus in Capricorn – they are in each other’s sign, supporting and cooperating with each other. Like I said about the New Moon’s connection to Saturn, it’s a good time for setting and applying relationship goals and getting involved in mutually beneficial collaborations with others. Under Venus in Capricorn, we are more willing to take partnerships and relationships seriously, building them carefully over time. On the downside, relationships can feel a little cold and businesslike. Financially, this is a time for saving and not for splurging. Count those pennies and cut out those coupons.

Chiron dipped its toe into Pisces from April to July last year before retrograding back into Aquarius. This February, Chiron re-enters Pisces where it stays for the duration. See my post Chiron in Pisces ~ Water Over Rocks for my take on this ingress.

After approximately 18 months traveling through the Capricorn-Cancer axis, the Moon’s Nodes move into the Sagittarius-Gemini axis. Nodal sign changes symbolize a shift in the cosmic karmic energies, presenting us with a fresh invitation to find balance in the areas related to the signs involved. This is especially poignant if the Nodes make a transit to a planet or angle in your birth chart.
Click here to read more...


February 18th: Full Moon in Leo ~ The King vs. the People

Everything becomes clearer under a Full Moon phase. This is payoff or payback time for plans hatched and actions taken during the New Moon and First Quarter Moon phase. The few days before the Full Moon press us to act, especially as this Full Moon falls across 29 degrees of Leo and Aquarius, the fifth and last Full Moon in a row to fall in the urgent last degree of its sign.

A Full Moon draws our attention to the two signs the Sun and Moon fall in, so what are the issues for Leo and Aquarius? The Leo-Aquarius axis symbolizes the need to balance the individual need for personal gain and acclaim with the need to help, support and be equal to everyone else. Aquarius will never deny Leo’s right to be king, but will absolutely insist that the king serves his people with integrity and honesty. Teamwork and delegation of authority is everything to Aquarius and selfish greed is just not acceptable. Aquarius teaches that ultimately it is through serving the group, the community, the team, our friends, that we gain the honor and significance that is so crucial to Leo. Conversely, Leo teaches Aquarius that sometimes you have to take the lead if the cause is important enough. Somebody has to stand up for the masses, rebel against the status quo and shake the system up, if there is to be any chance of a lasting change for the better and what better than Aquarian energy to do this!
Click here to read more...

Instead of describing what Pisceans are supposed to be like, I will let them speak for themselves, so come back here in early March for some quotes from some well known Pisceans that also reflect their Moon sign…

After the shake ‘em up energies of Mercury in Aquarius, we move into a gentler style of communication with Mercury in Pisces. This placement doesn’t care too much for detail or accuracy. It’s all about absorbing and expressing feelings and moods. Want a direct answer from Mercury in Pisces? Forget it. At worst, you will get an out and out fib, but Mercury in Pisces doesn’t mean any harm it simply wants to please by telling others what they want to hear! Mercury in Pisces times are good for listening – to others, to your dreams and to your intuition.

Mars in Pisces prefers to go with the flow rather than being proactive. This can make it difficult for Mars in Pisces for stand up for itself or to express anger. However, don’t underestimate what can be achieved with a bit of gentle, persuasive manipulation! Mars in Pisces’ energy is best directed into creative pursuits and random acts of kindness.

Jupiter and Pluto have been making a series of square aspects since July last year (an aspect that was part of last summer’s cardinal-t-square) and the last in the series occurs this month. An article on this cycle of faith, belief, growth and power struggles coming soon...

Note: the above lunations and ingresses will be most pertinent to you if they touch one of your natal planets or angles. For example, the Chiron ingress will connect with your chart if you have planets or angles in the first couple of degrees of the mutable signs (Gemini, Virgo, Sagittarius or Pisces). This represents an important transit and will be worth following to see how it is reflected in your life. Similarly, the Nodal sign change will connect with you if you have planets or angles in the last couple of degrees of the mutable signs of the first degree of the cardinal signs (Aries, Cancer, Libra or Capricorn). The sign changes for the fast moving planets – e.g. Sun, Mercury and Venus - do not represent major transits if they hit something important in your birth chart, but are still interesting passing influences.
at February 01, 2011