Astrology for May, Plus the 4 Charts to Watch this Summer 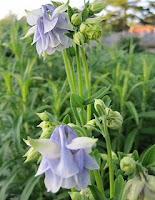 May's Astrological Highlights:
May Day Blessing! As we enter the glorious month of May, Mercury is Retrograde and we’re still reeling from the latest Saturn-Uranus Opposition.
Before Mercury stations Direct on 11th May, we have the general election to contend with here in the UK, on 6th May. Here’s my look at the Election Day chart, in which Mercury Retrograde plays an important part: The UK Election
On 19th May, Venus moves into Cancer, a cosy, caring, nurturing placement for Cancer, a nice time to reach out to a loved one.

On 20th May the Sun moves into restless chatty Gemini. Come back here on the 20th when I will post some great quotes from some well known talkative Twins!
On 23rd May: Jupiter makes its first opposition to Saturn in this current cycle. Click here> to read my previous blog about the Jupiter-Saturn cycle.

Jupiter in Pisces is also really close to a conjunction with Uranus, but won’t quite catch up with Uranus until June, by which time they are both in the sign of Aries.  Still, they are close enough for us to be feeling it already. Read all about the exciting Jupiter-Uranus cycle here

The big news of the month is Uranus’ much anticipated ingress into Aries. See Uranus in Aries: Claiming a Self Reliant Future at Auntie Moon, for a pick of the best Uranus in Aries articles. Uranus only gives us a brief taste of life in the Aries fast lane before he moves back into Pisces from mid August until March 2011.

Hot on the heels of Uranus’ pit stop in Aries, Saturn in Virgo turns around and moves forward again on 30th May, eventually hitting 0 degrees of Libra again in July, ready for its next opposition to Uranus and Jupiter and its next square to Pluto, forming the much anticipated Cardinal T-Square.

Astrologically, May has the feeling of preparation and anticipation, as all the main players - Jupiter, Saturn, Uranus and Pluto - get themselves in position for the main event, the Cardinal T-Square, which will come into its fullness this summer.

Four Charts to Watch this Summer:
Charts 1, 3 and 4 in particular have planets at the Aries Point - zero degrees of Aries, Cancer, Libra, Capricorn - the point where the personal becomes public and vice versa.


May’s Lunations:
New Moon in Taurus on 14th May

Full Moon in Sagittarius on 27th May
Finally, here’s a link to the Moon Sign Changes and Void of Course Moon Times for May
With love,
Mandi
http://www.mandilockley.com/