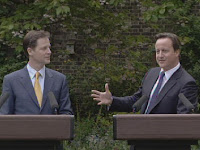 New Moons are seeding times. Seeds germinate underground, in the dark. We have to wait a while before the shoots show themselves on the surface, but still, we plant our seeds full of hope that they will grow into healthy, fruit bearing plants. As it is in nature, so it is in human affairs, metaphorically speaking.

Under a Taurus New Moon, it is essential that we plant our seeds in solid, fertile ground with a realistic, tangible idea about what we wish to harvest in the future. This New Moon asks to think about our resources and work towards increasing our security and stability, to get organised and practical and get things done. This is not a New Moon for risk taking or for unsubstantiated idealism or for empty talk, it’s a time for building and maintaining the material and emotional structures of our lives from firm and stable foundations.

Fortunately, Mercury has just turned direct, which will help us get a bit more clarity and perspective on what needs to be done. Additionally, by the 17th May, Mars in Leo will have finally cleared the shadow of its retrograde period, adding to the sense that we can now move forward at last with our plans and put some of the uncertainty of the last few months behind us. Of course, in our world, we are still very much at the crossroads of immense change (as suggested by the alignments of the outer planets in the early cardinal signs), but at the very least, we can hope for a few weeks in which to let the dust settle, find a little bit of calm space after all the recent upsets, and set down some firm plans for the future, even if that future still remains largely unknown.

For the UK, the Taurus New Moon feels like a welcome event. If you haven’t been following the news, the UK electorate went to the polls last week, with the promise of certain change but massive uncertainty around what that change might look like. The outcome of the election failed to give to give one party the overall majority they needed to form a government, resulting in a hung parliament, the first since ’74. After many hours of negotiations and talks, the rightwing Conservatives, who had won the most seats in parliament, brokered an unlikely deal with the left of centre Liberal-Democrats to form an historic coalition government, the first for almost 70 years. Happening under a Saturn opposition to Uranus and Jupiter, this was always going to be an election full of big shocks and surprises, but I don’t think anyone expected to see Nick Clegg, leader of the Lib-Dems to be appointed Deputy Prime Minister, working alongside new Conservative Prime Minister David Cameron (See www.bbc.co.uk/news for the full story). Putting my own political affiliations to one side, this new deal seems to be a positive step forward, or at the very least, represents two opposing parties doing their best to make the best out of a difficult and potentially de-stabling situation.

I just listened to the first joint press conference between Cameron and Clegg, (which started around 2.20pm BST London today) there was much talk of a new radical politics, of a ‘seismic shift’ in British politics (reflecting the Jupiter-Saturn-Uranus alignment), but even more talk of this coalition being one which will provide ‘strong, stable, determined leadership’. A Taurus couldn’t have put it better! Now is the time, under this stabilising Taurus New Moon, for them to get real, get down, roll up their sleeves and get Britain working again! Let’s hope, with a Taurus New Moon marking that start of the Conservative - Lib-Dem marriage, they don’t give in to the worst of Taurus – which can be over demanding, manipulative, suspicious, greedy, obstinate and financially disastrous!

As an end note, we can see the dramatic changes in UK politics in recent and upcoming eclipses which hit the UK chart. Eclipses denote endings, times when something changes, is literally eclipsed. That the 31st December 09 Lunar Eclipse fell right on the degree of the UK’s Sun and very close to its MC, suggests the radical change in political leadership we have just dramatically witnessed. The upcoming July 11th total Solar Eclipse occurs exactly on the UK’s Moon at 19 degrees of Cancer. This Eclipse occurs around the time the new UK government has promised to announce a new budget – which will set out how they propose to make £6 billion worth of cuts in public spending. It will be interesting to see how these cuts will affect the mood and indeed the pockets of the common populace of the UK (which is represented by the Moon in the UK chart). Perhaps things won’t seem as rosy as they do today, as the two new Pluto in Virgo leaders of the UK (such as Cameron and Clegg) finally have to reveal the extent of the economic clean up job that needs to be done in the wake of the outgoing Pluto in Leo leaders - Gordon Brown and Tony Blair before him. Let’s hope Cameron and Clegg can utilise some of the energies of this Taurus New Moon to truly plant some seeds of stability and growth. 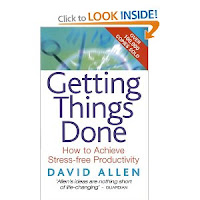 Book Recommendation for the Taurus New Moon:
Getting Things Done: How To Achieve Stress Free Productivity