The current conjunction of Jupiter and Uranus marks the beginning of a brand new Jupiter-Uranus cycle.

The major alignments of this 14 year cycle, notably the conjunctions and oppositions, are associated with evolution and growth in human consciousness, with ever expanding horizons in our understanding of the world and our universe and with exciting major breakthroughs – quantum leaps – in science and technology, leaps which seem to invoke the myth of Prometheus (Uranus), who stole fire from Zeus (Jupiter) and gave it to man. 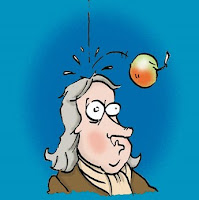 Under Jupiter-Uranus alignments, science fiction becomes science fact, birthing colossally significant developments which in turn, pave the way for further huge leaps and bounds in scientific progress. For example, it was under the Jupiter-Uranus conjunction of 1609/10, that Galileo pointed his new telescope towards the heavens and afterwards began publicly supporting the heliocentric view, which placed the Sun at the centre of the universe. This paved the way for Newton, who during the opposition of 1686, did the foundation work for his Law of Universal Gravitation. Gravitation is of course the force by which the planets revolve around the Sun!

As the planetary coupling that appears to know no boundaries, it’s also not surprising to see Jupiter-Uranus active during key developments in space travel, with alignments coinciding with the launch of Sputnik; the first American to orbit the earth and the 1969 moon landing, from which Armstrong’s famous quote sums up the spirit of Jupiter-Uranus beautifully. "That's one small step for man, one giant leap for mankind." Of course, without an understanding of planetary motion and gravity – the discoveries of Galileo, Newton and others - we would never have been able to travel into space in the first place. 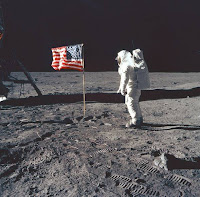 A Jupiter-Uranus conjunction also saw the birth of quantum physics, attributed to Planck, who in 1900 presented his Planck's Postulate which became one of the fundamental principles of quantum mechanics.
So it seems that under Jupiter-Uranus alignments we witness quantum leaps which changed the way we view the larger perspective – our very place in the universe – but these alignments also appear to coincide with inventions which have truly enhanced and changed the way we work and live in our daily lives. For example, Jupiter-Uranus alignments bore witness to the invention of the electric light bulb, the first radio broadcast, the first speaking movie, the first television broadcast, the prototype for the personal computer and the birth of the internet. Fancy a month without your TV, your PC, the internet and electric lighting? What would we do with ourselves?

In the field of aviation, Jupiter-Uranus alignments coincided with the first hot air balloon flight, the first flight of the Wright brothers in the Kitty Hawk and the first solo flight across the Atlantic, Now, thanks to cheap, commercial air travel, the world is wide open to most of us.

Jupiter-Uranus alignments are also associated with rebellion, collective uprisings and revolutionary ideas, manifesting as dramatic events which have a far reaching impact. In retrospect, it appears obvious that these events had been brewing for a good long while, but at the time they seemed to occur suddenly, spontaneously. Examples include the American War of Independence, the French Revolution, the Mutiny on the Bounty, the Stonewall Riots (an event which galvanised the gay community to fight for equal rights), the fall of the Berlin Wall (which symbolised the death of Communism in Europe) and the release of Nelson Mandela (the beginning of the end of apartheid in South Africa).

In the cycle that has just concluded, the conjunction occurred between Nov 96-Dec 97 (using the 10 degree orb generally used in mundane astrology) and the opposition occurred between Sept 02 and Aug 04…let’s see if this cycle might give us some clues on what this new cycle has in store for us… see if we can connect a few dots….

In ’97 General Motors launched the first electric car of the modern era. Under this 2010 current conjunction, a number of manufacturers including Nissan and Mitsubishi are launching fully electric cars to the mass consumer market for the first time.

It was also in ’97 that the largest strikes in South Korean history began and in the same year there were widespread student pro-democracy protests in Burma. In 2010, it seems almost certain that the mass wave of strikes and protests we are already seeing in Greece and other countries, in reaction to job losses and government austerity measures, will continue. At the time of writing, anti-government demonstrations in Bangkok, which have been ongoing since March, have led to violent clashes with authorities and talk of revolution.

It was also in ’97 that the disarmament crisis in Iraq began and by the time of the opposition in 2003 – when the inevitability of a US-led invasion of Iraq became clear – an international group of protesters went to Baghdad to act as voluntary human shields, hoping to avert the invasion. This was followed by global protests against the Iraq War, with more than 10 million people protesting in over 600 cities worldwide, the largest protest ever to take place before a war has even begun. Despite that, in March ’03 the Iraq War began with an invasion of Iraq in which the U.S. and allied forces swiftly seized control of Baghdad, ending the regime of Saddam Hussein.

In the UK in ‘97, the Labour Party ended 18 years of Conservative rule by winning an historic general election with a landslide majority. Interestingly, Labour’s tenure in government ended in May 2010, under the current Jupiter-Uranus conjunction - one whole cycle later - after an election which resulted in an unprecedented Conservative-Liberal Democrat coalition government. The Economist magazine has dubbed this surprising alliance Britain's accidental revolution!

The Jupiter-Uranus cycle is also associated with the theory of evolution and with developments in cloning and genetics. It was in 1838 under a Jupiter-Uranus opposition that Darwin conceived his theory of natural selection and it was under the conjunction of 1858 that he published his theories jointly with fellow naturalist Wallace. Moving forwards, it was in ’97 that a team of scientists in London reported their DNA analysis findings from a Neanderthal skeleton, which supported the out of Africa theory of human evolution, placing an "African Eve" at 100,000 to 200,000 years ago. But then, during the opposition of ’03, the journal Nature reported that 350,000-year-old upright-walking human footprints had been found in Italy! It was also in ’03 that the Human Genome Project was completed, with 99% of the human genome sequenced to 99.99% accuracy. This was the same year that the first cloned deer and horse were born and in ’04, South Korea announced that they had cloned 30 human embryos. 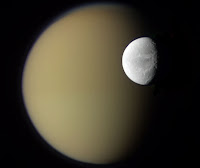 In astronomy, it was under the 97 conjunction that the Cassini-Huygens spacecraft was launched. It arrived successfully within the orbit of Saturn in July 04, when Jupiter opposed Uranus! It’s still there and it’s work has been extended through this current Jupiter-Uranus conjunction. The remarkable pictures the Cassini Mission has sent back and an overview of the discoveries it has made, can be viewed on line at: http://saturn.jpl.nasa.gov/index.cfm

As we are now into a new Jupiter Uranus cycle, what’s next? Time travel; teleportation; the indisputable discovery of dark matter; mass riots, strikes and protests; commercial space tourism; proof of life on other bodies in the solar system (already scientists are very excited about the possibility of life on Saturn’s Moon Titan which they believe has a warm underwater ocean, thanks to the evidence sent back by the Cassini Mission)? It really is hard to predict when we’re in the realm of Jupiter and Uranus, especially as the full significance of the events and discoveries that occur under these alignments often only become clear in retrospect. Whatever happens it's bound to be exciting! 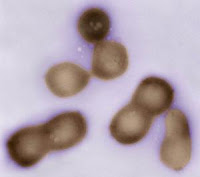 *It has today (21 May '10) been announced that scientists have for the first time successfully created artificial life in a laboratory. Evoking Armstrong's famous words, The Independent's headlines reads, "synthetic cell is a giant leap for science, and could be bigger still for mankind". Critics have raised ethical concerns, accusing the scientists (Uranus) of playing God (Jupiter). To me this is a perfect manifestation of Jupiter conjunct Uranus quantum leap events and it brings to mind the myth of Prometheus whole stole fire from the Gods and gave it to man. For the full story, click here.


Bibliography:
Mundane Astrology by Michael Baigent, Nicholas Campion, and Charles Harvey
Cosmos and Psyche by Richard Tarnas
Additional research (particularly around the events of the 97 and 03/04 alignments): http://www.wikipedia.org/